Sid Roth - I Have to Believe 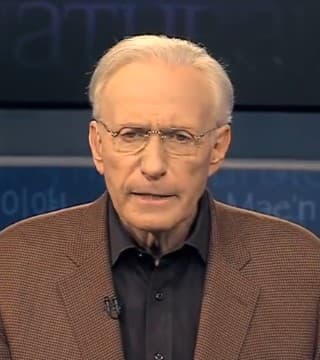 Hello. Sid Roth here. Welcome to my world where it's naturally supernatural. Do you know, it's going to be so natural to walk in the supernatural that we are going to see the same works that Jesus did and that's when he said, "Even greater works". I have a problem and I need God's help with this problem. Now some people say, Sid, you really have problems. No. I need God's help with this particular problem.

My guest is Karen Wheaton and I was talking with her at dinner, and this woman has so many amazing supernatural experiences with God. I want her to share them. But this woman is such a broken vessel being used for God that when she sings the Glory of God will go right into your living room, right into this studio. So what to do. God help. You know Karen, the Bible says that the gentile believers will provoke the Jew to jealousy. You don't realize this, but you are so provoking me to jealousy. Listen to this. Five generations of parents, grandparents, great-grandparents, all the way back five generations that know God and believe in the miraculous. Tell me one quick story about your mother's favorite miracle or the one that was your favorite that you heard about.

Karen: My mother has had so many miracles. When my sister was two years old, she was dying in a hospital in Michigan. And Mother saw the condition of her little girl. She said that she turned around, went to the house, opened the basement door to go downstairs, made up her mind. She said, Mother said, "When I opened that door, with every step I took walking down to the basement, I thought to myself it does not matter how many days I'm in this basement. It doesn't matter how many meals I miss, I will not come out of this basement until I have a miracle". And she said the amazing thing was that it didn't take days, even though her mind was made up for days. She said, "When my knees touched the floor the Holy Ghost came and spoke through my mouth and said, 'I've come to thee.'" She said, "I got up and went back to the hospital and my little girl asked for a drink of water, and was healed miraculously by the power of God".

Sid: That's normal. I wish the whole world was normal, normal as defined by the Bible. When you were eight years old, you started speaking in supernatural languages. Describe to me in just a moment what you felt like.

Karen: I saw my mother, my grandmother filled with the Holy Spirit. I wanted that power in my life. And as an eight-year-old child I sought Him on a Sunday night, on a June summer night in Hamilton, Alabama, with my hands lifted in that altar, I can remember like it was last night, Sid, with tears rolling down my face, with a hunger saying, "Oh God, fill me with the Holy Ghost. Fill me with the Holy Spirit". I had a little lady sitting next to me going, Hallelujah, Hallelujah, Hallelujah. I didn't know anything about that. You got to be raised tradition.

Sid: No, you have to be Jewish. Hallelujah, praise the Lord.

Karen: All right. You got me. I can tell you this though. Jesus said, "Out of your belly would flow a river of living water". And let me tell you, children don't get a junior Holy Ghost. They get the same spirit that raised Christ Jesus from the dead. I can tell you the moment he came into me and he began to flow through me like a river, I spoke in a language not my own, but a language of the Spirit.

Sid: I'll tell you something, I just enjoy praying in tongues whenever I hear Karen minister. I'm not sure what gets triggered, but something gets triggered deep in my spirit. Well Karen is just a young girl, 17 years old, went to Bible school .And she went to Heritage, PTL Club, and she was in Bible school. Jim Baker saw her and next thing she knew she was on the PTL Club and she ministered with Jimmy Baker, many other people. She really got started early. But in the '80s, we know that a lot of disappointment, a lot of crushing, a lot of ministry began to tumble a little at a time. But her life really tumbled. You see, she was betrayed by her husband. And Karen, there are many people watching right now that can relate. I know the Bible says we're supposed to forgive. How did you forgive your husband and others?

Karen: I learned in that journey that forgiveness is a process. First it is a decision that you make and then it is a process that you walk out. One of the most significant events in that experience for me in that time was it was fresh in the experience. And I remember the Holy Spirit speaking to me one day in prayer and he said, "I want you take a chair and sit the chair in the middle of this living room. I want you to kneel in front of the chair and call out the names of each person involved in this betrayal, and release them and forgive them". And Sid, I will just never forget that day. It was so impacting on my life.

I can remember like it was last night. I knelt at that chair, that empty chair. And in the spirit I took each one of those people. I knelt in front of that chair just saying, "God, I will to do this". And I began to call their names one at a time, and I would speak the name, and I would say, "I forgive you. I will in my heart to forgive you". You are free to leave the prison of my pain and my hurt. You are free to go. I drop the charges". At one point I looked up to God, I remember I looked up to God and I just screamed at the top of my lungs, "God, I don't feel this because right now I hate. I have never known hate. Right now I am angry". And I said, "But because you tell me to do it, I choose to do it, and as an act of my will I will to release them". And I found out an amazing thing was happening. As I was setting them free, God was setting me free. What I was doing for them, God was doing for me. Because God says, when you forgive others I can forgive you. So what we do for others in forgiveness we're able to receive the fullness of healing and forgiveness for ourselves.

Sid: Question. Did you feel you wanted vengeance?

Karen: I remember in prayer one day, I was praying, not long after the chair, at a time when I was clawing the carpet kind of prayers.

Karen: And I looked up to God and I said, "God, your word says I can't take vengeance on these people, so I commit them to you". And it went just like this, and I put my feeling to the ceiling and I said, "But God, give me one thing. Give me vengeance on the devil. The devil did this to me"

Sid: Do you like that? On the devil that did it to her.

Sid: Okay. You're going to do that right now.

Sid: So in 1998, Karen, she moves back home, not because she just wanted to be home, but God told her to move back to a little town in Alabama with 6000 people. And then God shocks her. What did He tell you to do?

Karen: I had been there about two weeks. I was driving through the downtown area. I see all these young people at 1:30 in the morning sitting on the hoods of their cars. And all I can tell you is my heart was gripped at how purposeless they were. I thought to myself, they don't know the real God and they don't have a clue why they're on the earth. And the Holy Spirit speaks to me and He says, "I want you to work with the youth of this community". Well I began to explain to God why I was not the best person to work with young people. I told the Lord, "Number one, I'm too old and number two, I'm not cool, and number three, I'm way too busy in the ministry". But Sid, he said one thing to me that He knew would hook my heart. He said, "But what you invest in the lives of other young people, you'll reap in your children".

Sid: You know, God knew how to get Karen Wheaton. There's probably nothing he could have said that would have affected her more. So she was obedient. Your first meeting you had seven young people. Today it's grown to several hundred thousand have gone to the Ramp. Tell me, and this is the important thing, God made a promise to you. He said, if you would be obedient he'd take care of your children. So?

Karen: What a wonderful promise, and He keeps his promises. I remember one time I had probably been working with the youth at that point to probably three years. My oldest daughter Lauren, at that point, was 18. She was 15 when I started. She was about 18. She went to her first year of college and she was involved with the youth thing we were doing. But when she got into her first year of college she became affected in a different way. I could tell something was changing because the music in her room changed, and it's not allowed in our house. Then there was strife between she and I, and that doesn't work. Come to find out, in her off time at school she had encountered a young man that was quite interested in her, singer, incredible singer, who actually had a band that was signing a contract with a very significant secular contract. And little did I know, Lauren, my daughter was going around to these clubs to hear this young man sing.

Sid: Because of time would you just give us the bottom line.

Sid: You know what? I want you to see her young people because it is contagious. I'm telling you that every, Karen has had a lot of valleys. She's had a lot of big mountains to climb. But for every mountain, God's there. I want you to hear Karen, "All You Got For Every Mountain". That's why I've got to praise you, Lord. It's so this I knew, grace, Jehovah Jireh. You've been my provider. So many times, you've met my need. So many times you've reached out. Oh God have mercy for the mercy, for the mercy. I would praise you. This I knew, praise. You know, there's so many reasons right now why I want to praise you. But most of all when I remember the mountain, you brought me over. Lord every trial you saw me through. You turned the trial to a blessing. Hallelujah. It was for this I have to come to Chattanooga, Tennessee to give me praise and to sing for every mountain, for the mountain you brought me over and for every trial, for the trial you saw me through. For every blessing I sing Hallelujah...