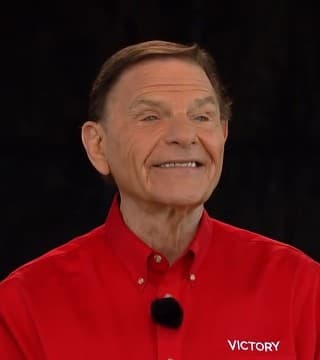 "And a certain woman, which had an issue of blood 12 years, and had suffered many things, of many physicians, and had spent all that she had, and was nothing better, but rather grew worse, when she had heard of Jesus, came in the press behind, and touched his garment, for she said, 'If I may touch, but his clothes, I shall be whole'. And straightway, or immediately, the fountain of her blood was dried up. And then she felt in her body that she was healed of that plague. Jesus immediately, knowing in himself that power had gone out of him, turned him about in the press and said, 'Who touched my clothes'? His disciples said to him, 'Thou seest the multitude thronging thee, and sayeth though, "Who touched me"?' And he looked round about to see her, that had done this thing. But the woman, fearing and trembling, knowing what was done in her, came and fell down before him, and told him all the truth. And he said unto her, 'Daughter, thy faith has made thee whole. Go in peace, and be whole of thy plague'".

Luke chapter 8:43, "and a woman, having an issue of blood 12 years, which had spent all her living upon physicians, neither could be healed of any, came behind him and touched the border of his garment, and immediately her issue of blood stanched". I wanted you to see that. She touched the border of his garment. That would be where his prayer shawl was out, He's a rabbi, and his prayer shawl was right there. She came before him, she wasn't behind him. She fell down before him. And when he turned around, she came up and touch the edge of that prayer shawl.

Now in Leviticus 15:25, in the New Living Testament, where God gave instructions about a woman, and an issue of blood. And all of the different precautions and so forth. But it's good to read it in the New Living Testament, that an issue of blood, beyond her normal time, she's still unclean. She's considered unclean. Wherever she is, she's unclean. 12 years this woman had been unclean, and unable to come out in the public, she's totally unclean. I wanted you to understand and get a grasp of the importance to this woman, and how she had braved the street to get out in public. She is so convinced, and so absolutely totally convinced that the moment she touched that prayer shawl, that power would come into her, and that she'd be healed. She was absolutely totally convinced of it.

Now, anyone, well, let me give you the background on this, 'cause I learned it from Brother Kenneth Hagin, many, many years ago. He had been in a meeting, and he was in someone's home, and they'd just gathered there to have some refreshments, and have a meal. And he said that the urge to pray, he said he told everybody, "I have to pray, and I have to pray now". So they just all got on their knees, and the moment he got on his knees, there was Jesus, the moment.

And the Lord talked to him about other things. And he asked the Lord, he said, "I need to ask you something". He said, "I have a part of a message about this woman with the issue of blood". And he asked him, and Jesus gave him, He said, "Yeah, you're right", But he said, "Now you've missed some of the parts and the steps to that message". He said, "Take down these four points". And he said, "It's amazing how good you can write with your eyes closed, if you're in this period". And he said, "I grabbed the piece of paper, put down one, two, three, four". And Jesus told him, "Anyone, any time, anywhere, that will do these four things that this woman did, they can receive whatever they need, and whatever they want, in any category of life".

And so he wrote it down, and then thank God, Gloria and I learned it from him. These four things, number one, she said it. Number two, she did it. Number two, she received it. And number four, she told it, or she testified to it. Those four things. It'll work financially. It'll work in any realm of life. It will work and you're believing God, and changing your family. It will work, you're believing God, and fixing your family. It'll work in praying and believing God in finances, glory to God, because it is the way of faith, and it is the way of heaven. Amen. You missed a good opportunity to honk your horn right there.

All right, let's go back over there to Mark 5. Thank you, Lord Jesus. "A certain woman, which had an issue of blood 12 years", so she was unclean, unclean for 12 years. The only thing worse would be to have leprosy. To be unclean, at least the leper could get outside. At least the leper could go among other lepers. She could not, she was holed up in her room. My my, George, 12 years man, 12 years, She was quarantined for 12 years. Not three or four months. Nobody, except someone may be there to help her, because of what is said here, I know someone was there to help her.

So he literally said to those people, "I am your great Jubilee. Blind man, you don't have to be blind anymore. Poor man, you don't have to be poor anymore. Captive man, you don't have to be captive anymore. Poor man, I'm here, I'm here. I'm here, poor man". What's the gospel to a poor man, to not be poor anymore. Hallelujah. And you can tell from the 10th chapter of the book of Acts, as Peter preached how God anointed Jesus of Nazareth with the Holy Ghost and power, who went about doing good and healing all that were oppressed of the devil. Hallelujah. So we know that that's what she heard, because that's what he preached, everywhere he went. He started with that message. How would they have known he was anointed, unless he told them he was anointed. How would they know what his authority was, if he didn't preach the acceptable year of the Lord, if he didn't preach the blessing of Abraham, and not the curse.

But then, then she had to get into action. She could have said, "I believe this. I believe it with all my heart, I just believe it. And I kept saying it, and I kept saying it, but I'm bleeding now. I'm bleeding now, I'm skin and bones. I've been bleeding for 12 years". No, no, she did it, she just got up and did it, glory to God, went right on out there. Then it said she received it. Now notice at 5:29, "and straightway, or immediately, the fountain of her blood was dried up. And then she felt in her body that she was healed of that plague". She received it. She received it.

That's a long time to be shut in. And nobody have anything to do with ya. They can't. Maybe just so occasionally, but George, if he read that, in the 15th chapter of Leviticus, if anyone touched her, they were unclean. And then they had to go bathe, and clean up. That'll get rid of a lot of your friends over a period of 12 years. But she believed it. She believed it. She received. She took it.

You've heard Gloria say this, in fact, I learned it the first time, when I heard her say it, she said it to me. She said, "Kenneth, look that up in the Greek, that Greek word receive is to take, to take it". She took it, she could see it. It was on the inside of her. It was in her mind. It had overcome all of her feelings, it overcome all of her pains. It had overcome everything she heard, everything she saw, everything she did was wrapped up in it and she took it, praise God. She ran the risk, and her faith paid off. Glory to God. Thank God.

How do we know? How did we find out that she'd been in this condition 12 years? How do we know that she had suffered at the hand of many physicians? How do we know that she was completely, totally broke, and had no, she evidently was a woman of means at one time, because many physicians, spent all that she had on this terrible disease. Because, when she fell down before Jesus, she told him all of that. We don't have any concept of how long they were there. But now stop and think a moment, who is waiting in the wings?

Jairus, and his little daughter is at the point of death. And he is standing there, and standing there, and standing there, waiting and listening. But now you have to remember, he was leader of the synagogue in Capernaum, and that's Jesus' home synagogue, Amen. And he had faith in Jesus, and he had already believed it in his heart. He had already said it with his mouth. "You come lay your hands on her, and she will live". Hallelujah. And so Jesus just went with him. Now I want to show you again, most of you have heard this, but it'll bear repeating. The Spirit of God was not, in this case, and you can tell it. Jesus had been over across the Galilee, and had just ministered to the madman of Gadara, and delivered him, and called him to preach. And he had just come back across the lake to Capernaum. That's where he lived, that's where his headquarters were.

He just went home. And just as the boat, his boat pulled up there, Jairus was waiting for him. I can just see him walking the beach around there, "He's gotta come here, he has to come here. He has to come here. He's coming here, I know, I know, 'cause this is where he lives. In fact, he lives right here, close to me". That's been proven, and fell down and made a statement of faith. And when they came up and said, "Your little daughter is dead, why trouble the master any longer"?