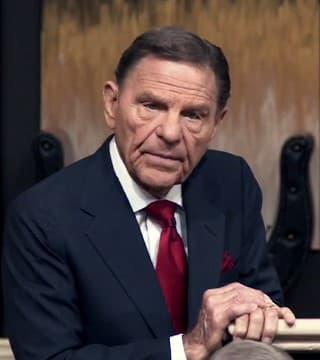 Let's open our Bibles once again this evening to Ephesians, chapter 2 please. The long lasting question, why were there so many miracles in the first covenant? So many miracles right on into the second covenant, right on into the book of Acts. You see it in other lands in Africa. You see it in other countries, but very limited amount, no where near what it should be in the Western culture. It's not because people don't love God, it is however clearly stated, in the second chapter of the book of Ephesians, verse 11, "Wherefore remember, that ye being in time past Gentiles in the flesh, who are called Uncircumcision by that which is called the Circumcision in the flesh made by hands; at that time". There it is. "At that time you were without Christ".

Now what does that mean? That means you were without the anointed. You were wealthy without the anointing. Being aliens from the commonwealth of Israel, and strangers from both covenants, without hope, and without God in the world. Now you can be a born again, Holy ghost baptized tongue talking, healing believing in miracle, believing Christian and have little to no knowledge of at all about what it, what covenants really mean. Amen? Being a stranger to the covenants of promise. Now, when you get among covenant people that are raised in covenant culture, it's a totally different story because of the ingrain knowledge of the absolute sacred mission power of a covenant relationship. Amen.

So tonight, I believe, well, I know. The Lord's going to help us tonight. We're going to see some things and answer a lot of questions. Praise God. The bottom line of this whole thing is Jesus Christ of Nazareth is your and my blood brother, in every sense of the word. Amen. Look at that again. "Strangers from the covenants of promise, having no hope and without God in the world". Being a stranger to the covenant culture, which the Western world is a covenant to the Western world is just something you write down on paper, you know, and in the neighborhood, they don't let you paint your house a funny color. This thing is blood. This is something you don't break. Amen.

Now, before we get any further, let me tell you this. That new covenant cannot be broken. The second thing I'm going to tell you, don't get all up there and say, well, I'll tell you, I'm going to get me a blood brother. I'm on a mix blood. Don't you dare start messing with stuff like that. You'll get a hold of something you wish you never got into and your life. You already have a blood covenant. You don't need to be mixing blood with anybody. Hallelujah. The new covenant is between the Almighty God and the man, Jesus. Now we can get out of fellowship with it, but we can't break it. That's the reason It doesn't have a curse on it. The father and the son and they can't break it. Wouldn't if they could. Amen?

A covenant of blood between the Almighty God and a born again, Holy Ghost baptized, Glorified immortal man. He's still a man. There's a man tonight in the Godhead. Hallelujah. A man. A human man. I'll tell you we are well represented, Glory to God, and we need to really get used to that. Hallelujah. Thank you, Lord Jesus. Oh, there's so much ramification here. Now he's also the high priest of the covenant. Thank you Lord. Now, I want to go back to the basics and and again, I'm going to be talking from Dr. Kenyon's book. The root word for covenant in the Hebrew language is to cut. I'm quoting Dr. Kinney. "Suggesting an incision where blood flow", that's the word for covenant.

After the exchange of gifts, they bring a cup of wine. The priest makes an incision in the arm of one man and the blood drips into the wine, an incision is made and the other man's arm and his blood drips into the same cup. Then the wine is stirred, bloods are mixed, the cup is handed to one man. He drinks part of it and hands it to the other man. He drinks the rest of it and when they have drunk it off times, they will put their wrists together so that their blood mingle and they'll touch their tongues to each other's wounds".

There's another practice there where they would take gunpowder and and rub it into that incision, so that it would make a black mark forever. And you were marked and people know you're in covenant and they do not know with whom. So it would be probably a good idea to let you alone, because they picking on you, they picking on somebody else and they don't know who it happened to be. There's certain folks you don't ever want to pick on. Amen. I said amen. King David was one of them. Glory to God.

Now, that's the basic of it. Now then, this is the area to which I want to go this evening. Where did all this come from? Where did it start? Well, of course, the covenant between God and Abram becoming Abraham was long, long, long ago. The influence of that covenant was scattered throughout the earth. But that's not the very beginning of it. If you, this is such vital information. Let's go to the book of Genesis, please in the third chapter, please. The seventh verse, "And the eyes of them both were opened, and they knew that they were naked; and they sewed fig leaves together, and made aprons or the cross-referenced says things to gird about".

Now, look at the 21st verse, "Unto Adam also and to his wife did the Lord God make coats of skins, and clothed them". This is the first record of blood being exposed. This is before the fight between Cain and Abel. This is very beginning, there wasn't any Cain and Abel yet, but an animal shed blood. I mean, if you're really covenant minded, that's the first place you have to go. Because you have to understand they had no idea what they were doing. They were frightened and they, that was the first attempt by a man to meet his own needs without God, and he sewed him a fig leaf suit. What do they know about sowing, anyways? Don't you know the Lord said, Oh, come on boy, where'd you get that suit? He knew exactly where it came from. The Lord God killed an animal and the first provision covenant in blood was made. Hallelujah.

Now, let's go back to Dr. Kenyon's book. The story is very interesting. If you've never read it or studied it, it's, it's worthwhile. "Of Dr. David Livingston, who was a Scottish missionary, presumed lost in Africa. Sir Henry Stanley set out to find him" and this they finally got together on the 10th of November in 1871. At that time the gospel had not been preached in Africa. Amen. Livingston, was the man that opened it up. This is very, very interesting.

"When Stanley was seeking Livingston, he came in contact with a powerful Equatorial tribe. They were very warlike. Stanley was not in condition to fight with them. Finally, his interpreter asked him why he didn't make a strong covenant with them. He asked what it meant and was told that it meant drinking each other's blood. Stanley revolted from such a right, but conditions kept growing worse, until finally his young interpreter asked him again, why didn't you cut the covenant with the Chieftain of the tribe? Stanley ask what the results of such a covenant would be and the interpreter answered everything that Chieftain has will be yours, if you need it. This appealed to Stanley and he investigated after several days of negotiations, they arrived at the covenant. First there was a parlay in which the Chieftain questions Stanley as to his motives and standing, and his ability to keep the covenant".

He wasn't going to enter that with just anybody. "The next step was an exchange of gifts. The old Chieftain wanted Stanley's new white goat. Stanley was in poor health and the goat's milk was about all he could take for nourishment. So, It was very hard for him to give this up, but the Chieftain didn't seen won't nothing else. So finally he gave up the goat and the old Chieftain handed him his seven foot copper wound spear". This thing, seven feet long. "Stanley thought he had been beaten". But now listen, "He found that when, wherever he went in Africa with that spear, everybody bowed down to him".

He was on equal rank with that King. Oh, that aught to start talking to you. You and I were nobody, until we made Jesus Christ the Lord of our lives and we became joint heir. See that right there? I mean 99.9% of all born again people have no clue. They don't even believe that much of it, much less what we're delving into tonight. In fact, they get pretty upset with you and me. You know where the you know the name it, claim it, grab it, blabed it group. Oh yeah. I named it, claimed it, blabbed it, grabbed it and I got it. Amen.

I walk in it, It's mine. And because of my relationship with Jesus Christ of Nazareth, my relationship with the almighty God, healing and health and wealth belonged to me. Everything that belong to that King belonged to Stanley. Jesus didn't go to the cross and bear my sickness and disease so he could withhold it from me, and he surely didn't get it for himself. But by covenant, I'm a partaker of his blood. I'm a partaker of his name. I'm a partaker of his calling. His heavenly home is my heavenly home and everything he got, I received. Everything, I mean, and all that he has is mine and all that I have is His. Even right down and including that glorified body. Praise God. It belongs to you. Glory be to Jesus.