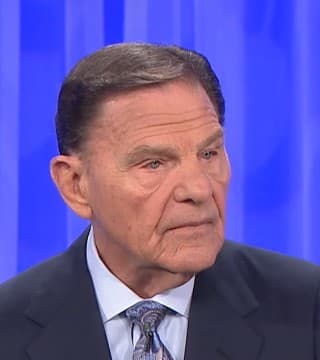 Father, thank you for what you spoken earlier today and what you've been talking to me about again for quite some time, several years in fact. Thank you for clarity, insight, ideas and concepts of the kingdom of God and God's way of doing things. And we praise you and thank you for it. I bless you this morning, my savior. I receive in the name of Jesus. Amen.

It is very, very necessary for a pastor to know the calling of the church and stay in that flow of the calling of the church. This is a faith church. This is a church with the same calling as its founder, which was me. Amen. So what I want to talk to you about today, there are those that are called and anointed to teach and preach, praise and worship and glory. There are people called in that flow and you hear people say, "Well, they're not in our camp".

I'll tell you I despise that term. I despise it. I was visiting with Kellie about it just in the last few days and not in our camp. Come on. We don't have a camp. Absolutely, we don't have a camp. We're the kingdom of God. We are the church. Glory to God. And thank God for people who know to what they're called and stay in it, glory to God, and don't venture out of it. There are specialists. Now we've learned this. Let's take the most exact example and illustration that I know. There are general practitioners, general family medicine. Amen. That would be more like the pastor. But even a general practitioner knows to whom and to what he or she is called.

Now, our family is most blessed. Glory to God. Lindsey, Kellie's daughter, my granddaughter. Thank you very much. Lindsey married a young medical doctor and Alex is Hispanic, and he's in the latter time of his residency right now. They're in Fresno, California. Now here's a man, highly qualified in two different languages to two different people. Glory to God. Amen. I said, amen. Hallelujah. Glory to God. And every time I pray for them, every time I hold them, I just see millions of books, glory to God. Because he knows exactly what part of medicine into which he's called. He's called into preventive medicine, much like Dr. Colbert. Most of you here are acquainted with or know him ,or acquainted with what he does.

Now, what does he have that Dr. Colbert that's very, very fluent in English and Spanish. Ah, come on. See? See what I'm talking about? So now, here's my grandson now that knows to whom he's called and to what he's called, and he's in it. Amen. That's where his wealth is. That's where his wealth is. So what's he doing? Teaching, preaching and healing. Come on. Come on.

Now, what does he do if a patient comes to him and they'd diagnosed with cancer? Well, the first thing he's going to do is teach and preach. Amen. And do what he knows to do concerning that patient's divine healing as well as medical science. Are you listening to me? But there is available to him specialists in that field. Amen. Can you see where I'm going with this? Now, so what would happen if he, if Alex takes his patient to see the specialists, are they going to fight with one another? I don't believe in what you do. You're not in our camp. That is the definition of stupid. Amen. Hallelujah.

Now there are people called, Oh, I'm telling you, I have such just glorious opportunities in this area. Two young men that are especially precious to me. One of them is Michael Koulianos who is Benny Hinn's son-in-law and the other is Todd White. Now these young men, miracles come. There's one... Kellie was in the meeting and I got to watch it on video. My goodness. This woman had been totally blind for a number of years. I mean completely blind. Her husband had gone home to be with the Lord and she, after several years had remarried. She'd never seen her husband's face. I mean it had been that long, you know, long time.

And so she came up, Kellie, help me if I start telling this wrong, you'd jump in, okay? And they were up, Michael had people up on the platform and he was ministering to different ones and she came up there for ministry. All of us sudden like that. "I can see". Am I getting it right, Kellie? Just like that, totally got her eyesight. Completely got her eyesight back. She's just simply just beside herself. She's just completely beside herself. Well, her very, very good friend gone up there with her and she knew her back before Satan stole her eyesight. So and she said, and she saw her, I'm so thrilled. She said, "I have somebody I want to introduce you to". She said, "Okay". And she turned around and looked at this man. She said, "I would like to introduce your husband to you". And when he said something, she knew his voice.

How would you like to have some of that in your life in ministry? They are glory specialists. They have lived in it, walked in it, praise and worship. Brother Hagin said, "If you praise God long enough, the Spirit of worship will fall. And when you begin to worship God, the glory comes". And they have lived in that and walked in that and believe that and developed in that. Amen. But now when it came to taking a situation, going to the Word of God, get the answer to the prayer and then go to Mark 11:22, 23, 24 and 25 take a stand like in the book of Ephesians, glory to God, having done all the stand, stand therefore with the full armor of God and don't you ever turn loose. Don't you ever let go. And they were really wanting to know about that.

The streams are merging. The streams are merging. A trickle becomes a stream, which becomes a river, which becomes a flood, and floods are not containable. Somebody ought to shout amen over that. Glory to God. Hallelujah. Thank you, Lord Jesus. We're there. We're in the midst of this. Hallelujah. Thank you, Lord Jesus. Glory to God. Now, don't try to anoint yourself. Just make yourself available. Amen. The manifestations of the gifts of the Spirit. Now, first of all, no fruit of the Spirit, no gifts of the Spirit.

Remember, what we talked about last year? The big 18? Well, the fruit comes first. I said the fruit comes first. And when you look at it, love, it starts off with God. So you can say it like this, love and joy because it's God, peace because it's in Jesus and it's in you. Now that needs to be developed. You start by developing that. That's where it all starts right there. Amen. And then you walk in that. You'd be very, very, very, very cautious about strife and unforgiveness. I mean, you fight it like you fight a snake that crawled into your kitchen.

What if you walked into, you've got a little child asleep in the bed and you walk in there and there's a diamondback rattlesnake land coiled up right there underneath that bed. Whoa, I'm going to tell you, fury would come all over you that you'd be afraid of a snake if it's outside, but it's in there where your baby is. I'm telling you, you grab a shotgun. I know what... You grab anything you can get your hands on and kill that rascal.

Well, there's something a whole lot more dangerous than a natural snake. When you've allowed unbelief and you've allowed strife and unforgiveness to worm its way into your life and you need to get mad about it and you need to get strong about being mad about it. I'm telling you, furious about it. You're not coming to my house, devil. You're not coming into my ministry. You're not getting in my mouth. I will not allow it. You can't do it. In the name of Jesus. So help me God. What did I say? So help me God. Amen. Thank you, Jesus.

Streams come in together and all of them. Say all of them. All of them. Healing streams. If you know Jesus, you've got a healing ministry. Oh yeah. Amen. Thank you, Lord. So I start by began this portion of this saying, don't try to anoint yourself. Just be available. See, the anointing came in you when you got born again. Read 1 John 2. Amen. The unction, same Word for anointing. Exactly the same Word in Spanish. Right, Rafael?