Joyce Meyer - The Laborers In The Vineyard 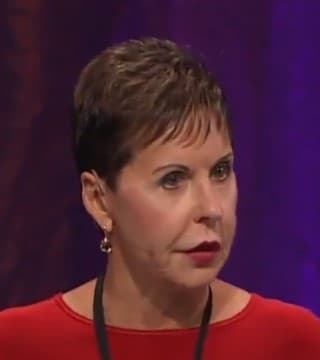 Today I wanna talk about the Parable of the Laborers in the Vineyard and, boy, does this ever teach us a lesson. Beginning in Matthew chapter 20, verses 1 through 16.

The Kingdom of Heaven is like an owner of an estate who went out in the morning along with the dawn to hire workmen for the vineyard. After agreeing with the laborers for a Denarius a day, he sent them into his vineyard. And going out about the third hour, he saw others standing idle in the marketplace; and he said to them, you go also into the vineyard, and whatever is right I will pay you that. And they went. And he went again at the sixth hour, and he went again at the ninth hour.

And the way this worked, was people who didn't have jobs would go out and they would stand in this certain place waiting for somebody to come along and hire them to do a day's labor.

"So at the eleventh hour," one hour before quitting time, "He went out and he found still others standing around, and he said to them, why do you stand here idle all day? And they said, because nobody has hired us".

Now, something that kind of came to my heart that I think is interesting about this parable is I think that maybe the master was really pleased because at least they didn't give up. They stood there all day. And I think sometimes the one thing that God's waiting for us to do is just not give up. And you might be surprised what God can do for you even in the 11th hour if you just will not give up.

By the way, I tried to find out what a Denarius was, on our beautiful internet I found 3 different amounts ranging from $3.62 all the way up to, like, a couple of hundred dollars and I thought, "Well, nobody knows what they're talking about". But anyway, it was an amount of money.

And so they got the Denarius that God had told them they would get but they had stood there and watched all these other people get just as much as they got, even though they "And when they received it, they grumbled at the owner of the estate, saying, well, these men who came and worked last, no more than an hour, and yet you made them rank with us and we've been the ones that have borne the burden and the scorching heat of the day. But he answered one of them, friend, I am doing you no injustice. Did I not give you what I agreed to give you? Take what belongs to you and go. I choose to give the man I hired last the same as I gave you".

Okay, now, we gotta watch verse 15. "Am I not permitted to do what I choose with what is mine"?

Okay, let me just get real plain because we've only got a certain amount of time. What God gives other people is none of our business. Boy, if we could ever learn to just stay out of everybody else's business and not have opinions about what they get compared to what we get and whether or not they deserve it and I deserve more and why are you getting what I'm believing for when I'm the one that should have it.

And I'm sure none of you are like that but I do occasionally have problems in that area. And so here again, I'll preach to myself and if you need "Do you begrudge me being generous? Is your eye evil because I am good? So those who now are last will be first, and those who now are first will be last".

That's interesting. Do you know that in the Kingdom of God, it's kind of like an upside-down Kingdom that's rightside-up. In other words, the way God does things is really the right way but compared to the way things are done in the world, it really seems like it's the total opposite of what it should be.

If you want more, you've gotta give away some of what you've got. That's the only way that you get more in the Kingdom is by giving some of what you have. But the world says if you wanna have more you gotta be greedy and save everything you get your hands on. We would think that the one that was first would get the most but in this instance the guy that was last got just as much as the one that was first.

Now, what is the message in some of these parables? Well, several different message in this one. One is don't compare yourself with other people. Don't look at what they're getting and wonder why you're not getting the same and especially the message is whatever it is that God is doing for you, don't ever make the mistake of thinking that you deserve it.

I'll go slow because, you know, honestly when we talk about things like this we're talking about heart motives, things that are buried deep down in people that many of us never ever, ever even get around to dealing with. You would have to be one super-duper-christian if you could sit there this morning and tell me that you never feel jealous of other people or that when somebody that you think is not nearly as spiritual as you...

When they get blessed more than you, oh man, don't act like that doesn't tick you off "Well God, I get up every morning and pray hours before I go to work and I don't even know if they know how to pray, and," you know. "Well, I've been in church all my life," blah, blah, blah.