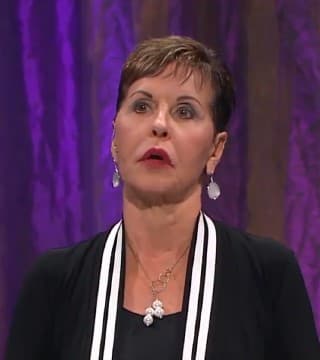 A couple went into an antique shop, and they saw a very beautiful, I mean a really beautiful, magnificent little teacup sitting very high upon a shelf in the store. And they just fell in love with it. They go, "That is the most beautiful teacup I had ever seen. We have to have this teacup". While they were admiring the teacup, all of the sudden the teacup began to talk.

And I said, 'stop that, what are you doing? That hurts. Leave me alone.' And he simply looked at me with a little smile and said, 'not yet.' And then he put me on this wheel, and he began to spin me around and around and around. I got so dizzy, I couldn't even hardly see where I was going. I felt like I was losing it. Everything was spinning around.

And all of a sudden, he put me into a furnace. And it was called the first firing, and it was so hot in there. Oh, I could not believe how hot it was. I thought, 'i can't stand this, I'm going to die. You have got to get me out of here. Don't you love me?'

While crying, 'why are you leaving me here?' You see, the oven door had glass in it, and the master could look in through the glass, and he just had this big grin on his face and a certain look in his eyes, but he wouldn't let me out. And then he just smiled and simply said, 'not yet.'

Then he put me back into the second oven, and it was called a second firing, and it was twice as hot. And I thought, 'now, I'm really going to die for sure. This is the end of me. This will finish me off. Get me out of here. I can't stand it, I can't stand it.'

Then one day, the door finally opened, and he took me out and he put me up here on this shelf to let me cool off. And after I cooled off, one day he came by and he handed me this mirror. And I looked at myself, and I could not believe how beautiful I was, and I could not believe how much I had changed. Well, I did not look anything like that old, grey lump of clay that I started out to be.

Now, I'm this beautiful, delicate teacup, and everybody wants me now. But there was a time in my life when nobody wanted me, nobody liked me, nobody paid any attention to me. They just kicked me around and walked on me, but now I'm special. But you see, I wasn't always this way.

Now, I've always had a leaning toward teaching in some way, shape, or form on spiritual maturity. When God called me to teach, I was a person who'd been a Christian for a long time, but I had never really been taught really hardly anything at all about spiritual maturity.

I was taught a lot about doctrine, I had good doctrine, I knew about the trinity, the blood of Christ, communion, and a lot of the things that we learn when we go to church, but I wasn't hearing what I needed to deal with the kinds of problems that I had in my life.

And so, because of that, I certainly wasn't a very good witness. I really wasn't helping anybody else. And so, when I really began to learn the word and I saw what God really wanted to do in our lives, I just had a passion for the christian who loves God, but just keeps staying in that baby stage of Christianity.

I think that there should be some kind of a transition that takes place. And you know, God wants us to enjoy our lives, there's no doubt about that, and He wants us to be blessed, but I want everybody to be clear and understand that that's not the only reason why you're on the planet.

Now, every single one of you in this building and everybody watching by TV, I want you to know that you are important to the cause of Christ in the world today. And if there was ever a time in the world, ever a time, and I know that times have been bad in the past, we always say, "Well, this is the worst things have ever been".

So, just real quickly, if maybe you've never made that transition from saying, "God, I need this, I need this. Do this for me, give me this, give me that, give me something else," if you've never made the transition from that to, "God, what can I do for You? What do You want to use me for," then how about let's just do a turnaround here tonight and get things straightened out the way that God wants them to be?

I love the story of the prodigal son, and you're probably familiar with it if you've been in church very much, but just real quickly, when that boy left home, he wanted his inheritance, and he left saying to his father, "Give me, give me".

After a trip in the pig pen and realizing what he had given up and what he had at home, he said, "I'm going to go back to my father". And when he went back, he said to his father, "Make me what you want me to be".

So, we need to go from GIVE ME to MAKE ME. We need to go from, "This is what I want," to, "God, what do you want"? And I can tell you, you may think that you cannot do without the things that you want right now, but I can tell you if what you want is what God wants, you'll end up with it, but you don't have to spend all your time trying to get it. If you chase God, the blessings will chase you.