Joyce Meyer - Parable Of The Sower 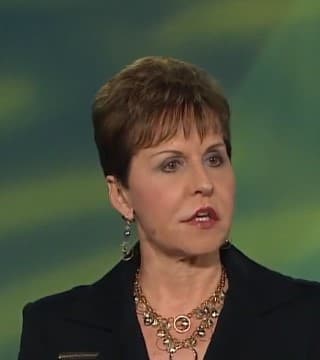 This entire series is taken from the parable of the sower. I've been reading this more and more in the last year and finding that when we slow down and we really look at everything it says, it says some pretty amazing things.

Now we're gonna be reading a little bit here and i'll be Mark chapter 4, verse 3, "Give attention to this!" that's a pretty interesting statement right off the bat. You know, it's like okay, don't just read this, pay attention.

"Behold," that means look and see, "A sower went out to sow. And as he was sowing, some seeds fell along the path, and the birds came and ate it up. Other seed of the same kind fell on ground full of rocks, where it had not much soil; and once it sprang up, because it had no depth of soil; and when the sun came up, it was scorched, and because it had no root, it withered away".

So we see another kind of soil. "Other seed of the same kind"... See, there's nothing wrong with the seed. It's the ground that we can have a problem with if we're not careful, and the ground is the ground of our heart. It's where the word is being sown.

Tonight, we're gonna get to know our hearts a little bit better. We're gonna do a little bit of self-examination and we're gonna look on the inside and make sure that maybe some things are not going haywire in our lives because we've got a problem with the ground of our heart.

"And other seed of the same kind fell into good (well-adapted) soil and it brought forth grain, growing up and increasing, and yielded up to as much as, thirty, sixty and sometimes even a hundred-fold return".

Now I'm kind of a nosey person and so I want to know if the seed is always the same. I mean I get the first three things. I get the seed by the wayside. I get the guy with no depth. I get the guy who's distracted by everything going on in the world. He can't pay attention to anything long enough to really grow.

Well, I don't think I have all the answers, but I think I might be able to give a little bit of insight into some of this tonight. First of all, let's look at the four types of ground. There's the ground that receives absolutely nothing because satan comes immediately and steals what was sown.

There's not even a beginning because satan comes immediately to steal what was sown. Well, maybe the person who heard the word is not even aware that the devil's a problem in their life.

You know, I went to church for years and years and years and I just thought that the devil was some kind of a halloween character that put on a red suit and carried a pitchfork around. I didn't even really realize that I had a real enemy, a real spiritual enemy.

I had been in church for years and had never been taught anything about spiritual warfare or that I had any authority over the enemy. So I was just letting the devil just beat up on me all the time and didn't even know he was there.

So that could be a problem for people if they heard the word. But a lot of times people will hear the word and then they'll have problems. And if they don't know where their problems are coming from, then they'll blame God. Then they'll get mad at God. Then their heart gets hard, and then they can't grow and get what they're supposed to get from the word.

Or let's just say that maybe somebody hears the word, maybe you come to a session like this and you hear the word and you got it. You heard it. You haven't had time to go out and meditate on it yet so it can really do anything in your life.

But let's just say maybe you get out in the parking lot and you get mad about something. You're not getting out of the parking lot as soon as you'd like to or somebody pulls out in front of you and you get angry. And so you get in strife. And just like that, the devil has stolen everything from you that God tried to put in your heart.

We have to realize that anytime that we are in a position of making any progress at all in our life, now listen to me, anytime that you are about to make any progress at all in your life, if you're about to do anything good that may improve your life or anything good that may improve somebody else's life. If you're about to learn more about God, get closer to God, satan comes immediately to steal what was sown. And you will have to learn how to recognize his attacks and just say an anointed NO.