Joyce Meyer - How Can I Deal With Doubt? 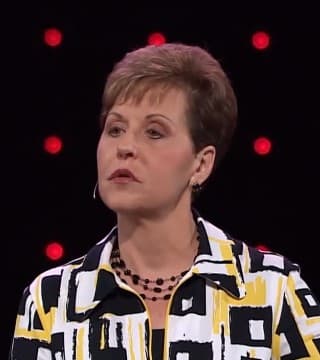 You know, I think doubt, nagging doubts, you've made a decision, now here comes the nagging doubts, it's like having a bad hangnail. You just never know when it's going to go... Such a little thing, but such a huge problem. Have any of you been dealing with the hangnail of doubt? Doubt comes to attack all of us. It attacked Abraham. I'm sure that doubt even tried to attack the mind of our lord and Savior Jesus Christ. I think He had to lift up the shield of faith. Abraham had to lift up the shield of faith. When doubt comes against us, we just can't say, "Well, you know, I just wish I didn't have such a problem with doubt." You got to lift up the shield of faith and you got to say, "I believe. I believe that everything that God has told mething will come to pass."

Let's look at Acts chapter 27 and beginning in verse 14. Now, Paul was in a ship with several other people, and guess what? A violent storm came up. Just like when Jesus was in the boat with His disciples and He said, "Let us cross over to the other side," the very next thing that happened was a violent storm of hurricane proportions came up. Just about any time that you set your mind, you make a decision, you decide to do better in life, you decide to make a commitment to something you believe God's asking you to make a commitment to, the next thing you can probably expect is a storm. I hate to tell you that. I'd rather tell you that's not the case, but I would just be telling you what you'd like to hear rather than reality if I did that. There's going to be a storm.

"But soon afterward a violent wind of the character of a typhoon called a north-easterner came bursting down from the island. And when the ship was caught and was unable to head against the wind, we gave up and let her drift and be borne along. We ran under the shelter of a small island called Cauda, where we managed with much difficulty to draw the ship's small boat on the deck. After hoisting it on board, they used supporters." And he goes on and on and on here, and talks about all the different things that they did, and how difficult it was, and the people were getting all depressed and discouraged, and on and on and on.

And then Paul says in verse 22, "But even now I beg you to be in good spirits and take heart." So, right in the middle of this horrible storm, Paul is saying, "Now, I'm begging you to stay in good spirits." You know, that's kind of hard, isn't it, when you got a storm in your life to be happy and have a good attitude? But yet, the Bible tells us that we're to keep our joy. "In this world, there will be tribulation," Jesus said. Cheer up. Cheer up. Come on, I'm having a hard time even getting a smile out of you, let alone a laugh. "Cheer up, I have overcome the world."

So, Paul said, "I beg you to stay in good spirits." Joy is powerful if you won't lose your joy. "And take heart, for there will be no loss of life among you but only of the ship. For this very night there stood by my side an angel of God to whom I belong and whom I serve and worship. And he said, 'do not be frightened, Paul. It's necessary for you to stand before Caesar and behold, God has given you all of those who are sailing with you.'" So, now I love this, "So keep up your courage, men, for I have faith (complete confidence) in God that it will be exactly as it was told to me."

Now, when you're in the middle of the storm, that's when you need to say, "I believe that it will be exactly as God has promised in my life." We don't just sing it in church, but we say it in the storm. I believe that it will be exactly as God has told me. I don't know when, I don't know how. And actually, the truth is I've decided not to worry about it. I'm going to leave all that to God, and I'm going to go ahead and enjoy every day of my life that I have because God is working on my situation, and I believe, I believe. I think the way that we lift up that shield of faith is to release our faith through our mouth.

See, faith is a force that resides on the inside of you that's been given to you by God. But in order for faith to do any good, it has to be released. And I think we release faith through saying, through praying, and through doing. I believe that I release my faith every time I come from that little corner out over there, and I come out here and I stand in front of you and I open my mouth. That's my action of faith. And actually, you know, I'm not afraid to do this, I've done it so much. But when I walked over there out here first time this morning, I just thought, "Well Lord, here we go again."

You know, you think I always feel anointed to do this and I feel like I've got the right thing to say? Sometimes I don't... You know, it's like, "Well." You know? But I just find if I walk out here, that's my step of faith to trust God to show up. And a lot of times, I don't feel that He's with me until I do that. See, a lot of times, we want all the proof that God is working in our life before we'll do anything. You have faith given to you as a gift from God, but you got to release it. And you got to release it by taking God-inspired action, by praying God-inspired prayers, and by saying things that agree with God's word. So, when doubt comes, the way you fight doubt is to doubt your doubts. And when the devil puts the thought of doubt, you say, "I doubt that doubt, and I believe that it will be exactly as God has told me"