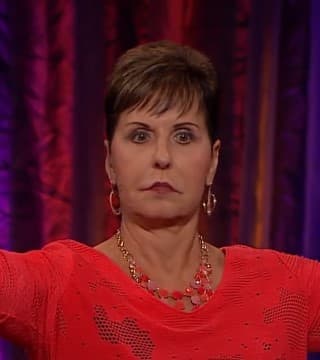 25 years, I had back trouble. And in having that back trouble, I was constantly going to the chiropractor to get adjustments. I had an MRI on my back, I did have some degenerated discs, but nothing that they felt needed surgery. My back got so bad at one time that I practically begged a surgeon to operate on me. And he said, "I can't do it because there's nothing there to operate on." He said, "It's, you know, your muscles are all tight and tense." And so, I wanted to walk for exercise because I really enjoy walking, but I got to the point where I couldn't do that, my back would hurt.

And then I finally got to the point where, if I tried to do it, I could only walk for maybe 15 or 20 minutes, and then my hip would just, like, lock up on me and my groin area. And so, I'm getting adjusted, and getting adjusted, and getting adjusted. And I started working out about 10 years ago, and that really helped me, but I still had an ongoing problem. So, the chiropractor that I went to for many years that had really helped me got really busy in some other areas of his practice that God opened up for him. And because of my schedule and his, I was having a difficult time getting in. And so, I felt like I was probably going to need to see somebody else. And I was disappointed because you know what? Sometimes, if we're not getting what we're used to, we don't understand what's happening. We look at it as a loss.

So, one of our sons was going to somebody, and he said, "Why don't you try him?" So, I went to him. And after two visits he said, "Well, we need to get an MRI and find out what's wrong with your hip." And I thought, "Yeah, that would probably be good." So, after they got the MRI and he read it, he said, "I'm going to send you to a surgeon and let him take a look at this." So, here's a long story short. My hip joint was malformed. It was oblong instead of round, so it was never, ever going to fit into the hip joint right. So, no matter what I did, I was always throwing my back out. Well, nobody was looking at the hip because we all thought it was my back. And so, God guided that, I believe. He shut this door.

Come on now. He shut this door. And I didn't understand, I was disappointed because He shut that door because now I had to walk through a new door that I wasn't even familiar with. I wasn't crazy at that, but that turned out to be a blessing. So, lo and behold, the guy that he sent me to had seen me a little bit on television. I don't, you know, don't know exactly what his convictions were, but he said, "Well, you're really going to need a total hip replacement if you want to do this thing right." So, you know, I got this big schedule, and I don't have time to get operated on, and so he said, "I'm scheduling about 3 months out."

And I said, "Well, I'll have to wait until next year because the only real span of time that I have off is, like, from after thanksgiving until usually around the first of February, we don't schedule a lot of conferences." He said, "Well, we don't want to wait a year. When could you do it?" And I said, "Next week." Honestly, this was wednesday. He said, "When could you do it?" I said, "Monday." And he said, "All right, I'm going to fit you into my schedule." So, we did the surgery, and it was 6 months last month. And in the month of may, the last 21 days of may, I walked 70 miles. I was disappointed. Come on, I'm trying to say something. I was disappointed when God started guiding me in a direction that I didn't want to go in because it wasn't the direction that I was accustomed to. Everything works for good to those who love God and are called according to His purpose. Amen.

Now, this is a little book by a man named F.B. Meyer who's no longer with us. He died good number of years ago. But this is why I love books, because they can still keep speaking a long time after we're gone. And this is on guidance, and he taught a principle that I think will bless you today. And this is what he taught about being guided by God. How many of you want to hear from God, and you want to be led by the Spirit and guided by God? And I think we all recognize that sometimes it can be a little touchy because we're very able to speak to ourself. And there's a great push to get what we want.

And, but we can come into close fellowship with the Holy Spirit, we can be led by the Holy Spirit, we should expect to be led by the Holy Spirit, but we need to know the safe guidelines on how to do it. And I can't get into, you know, a four-part series on how to hear from God, but I think this will help you. F.B. Meyer had a famous teaching about how, in hearing from God or being led by the Spirit, we should always look for the three witnesses or what he calls the three lights, which are the Spirit, the word, and circumstances to all agree. So, I can't just go on my circumstances. I can't just go by what I feel. And I think sometimes, when things don't work out for us, we get mad and we blame God or we're yelling about the devil.

And sometimes it is the enemy, but many times we just need to say, "You know what? Maybe this is God closing the door, and what I think I'm supposed to do is not what I'm supposed to do. And so, if I am supposed to do that, God will open the door at the right time and we can just keep that in front of God, but go on and enjoy the day that we have."

Let's just say that there's a young woman that has a couple of little kids, and she wouldn't have to go back to work, but they'd like to have more. You know, we all want more. And so, she feels like that God is leading her to go back to work, which will require her having childcare. There's nothing against that in the Word of God. She's not committing a sin by going back to work. She even finds a job, so she's excited about this. She wants to work, she finds a job, but she never can find suitable childcare. Everything that she does come up with is way too expensive for the amount of money she's going to be making. It basically would not do her any good to work.

And so, she can get frustrated about it, she can get mad about it, she can get confused about it, she can not understand, but why can't we just say, "Well, God, if you don't bless the circumstance, then the door is not open. And so, no matter what I think or what I feel, you have to do Your part. And if You don't, I'm going to be peaceful to be where I'm at." God's impressions within and His Word without are always corroborated by His providence around. And we should quietly wait until these focus all into one point. The final point in this first chapter is that in searching for guidance, we are only to look for the next step, not into the distant future. And that was the second thing that he said that was so good.

If you want to be guided by God, you have to realize He's not going to give you a blueprint for the next 10 years. Being guided by God is like this. Okay, that seems to be ooh, that didn't work. But then you don't give up. You get a little more direction, then maybe you know, "Well, maybe I needed to step this way." Don't quit trying, but don't be ashamed to admit that you were wrong. Nobody can ever really learn how to hear from God if you're going to be stubborn and always try to say it was God even if it wasn't. You know, don't try to do things outside the Word of God.

Sweet sister super christian, God is not telling you that you're going to marry somebody else's husband. And if you're already so deep in debt that you can't even hardly get the mail out of the mailbox, God is not telling you to go buy a new car and make $700 a month payments. Thank you for your excitement. You know, there's nothing wrong with not knowing what to do. And I think that as Christians, we need to come to the point where we are satisfied if we don't know, that we don't feel pressured by that.