Joyce Meyer - Can You Help Me Find Freedom? 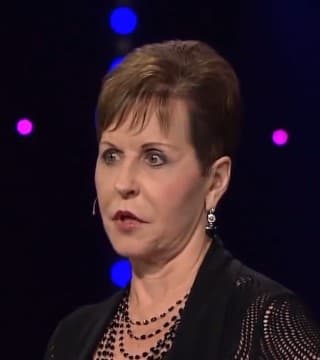 Well, I think there's probably a few different things that it could be. First of all, maybe there's a lack of communication skills. Maybe it's someone who just really, to be honest, is just not real comfortable being around a lot of people.

I read a statement one time that I thought was really good. Most people spend more time in relationships trying to make sure they don't get rejected than they spend trying to build good, healthy relationships. So, we are pretty concerned about how people are going to treat us, and so sometimes if there's a fear that you won't be treated right, then you really just won't enter in, so that's one thing. So, that would be an insecurity issue.

Another thing I think is if you just feel that you really are misunderstood. I think for a long time in my life, I think I had a pretty unique personality because I'd been abused in my childhood and I didn't know that I was acting unusual you know?


And like maybe part of it for me would've been maybe I was a little standoffish, you know? Or just different things that people see in us that they don't understand. And then, you know, if people are like, "Well, why do you act like that? Or what's wrong with you?" We can feel that nobody really gets us and understands us.

And I think nobody really understands what anybody's going through totally except Jesus. You know, like my job is... Could look like it's like, oh, amazing, you know, if I could do that. But there's parts about my job that nobody understands but Jesus. And I've tried explaining it to people sometimes, and you know, they're not going to get that. And so, it's really going to Jesus for that understanding.

I love Hebrews 4, that we have a High Priest who understands our weaknesses and our infirmities. And then I guess the last thing I would say is that, you know, the Bible says we're to be rooted and grounded in God's love, and rooted and grounded in Christ. So, if a person doesn't have a really tight, good relationship with God, they could feel lonely no matter where they're at or what they're doing.

I guess the last thing I would say to whoever wrote this question and anybody else that's interested in this answer is I think that we want to be very careful when we're in a crowd of people that we're not overly focused on ourselves.

You know, the best way to make friends is to be interested in them. My son is around a lot of different people that he doesn't know and that he needs to develop relationship with, and he said, "I found that all you need to do is ask people to talk about themselves and you're going to fit right in."