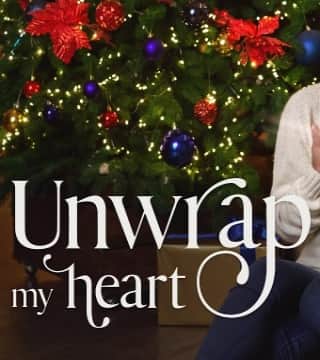 This is It Is Written. I'm John Bradshaw. Thanks for joining me. It was a day like no other. Exactly when it was we don't know. But we do know that 2,000 or so years ago on a Middle Eastern evening, "the desire of all nations," as the prophet Haggai called Him, was born in a stable in Bethlehem, just five miles from where Jesus would eventually die. It was a day that had been anticipated by the human family almost since the creation of the world. Following Adam and Eve's descent into sin, God promised them, and us, that a Deliverer would come to the planet. Humanity by then was hopelessly and irretrievably lost. This wasn't a punitive action on the part of God. Sin had separated us from Him, and it had introduced rebellion into the minds of every human being that would ever live.

If there was any doubt as to how serious this was, Adam and Eve's own son murdered his brother. Humans were broken. But what God proposed was a way out of the mess we'd been plunged into. "You've sinned"? God was, in effect, asking the human family. "You have rebellion in your heart? You're on the wrong trajectory"? God was saying, "You're broken, but I'll fix you. You're damaged, but I'll remake you. You're unrighteous, but I'll give you the righteousness of my very own Son, so that through Him you can confidently live in that decaying world, knowing that there is better ahead". We're drawn to the Christmas story for numerous reasons. The improbability of an unassuming young woman being selected to be the mother of the Messiah and then conducting herself with grace in the midst of what was, frankly, a scandal.

We're drawn by the story of a Baby being born in a stable and then placed in a feeding trough to sleep. There's something almost exciting about the whole idea, although the reality of it all was a whole lot less appealing than the Hallmark version of the story. A husband and his new young bride were in a stable and not a hotel. They were far from family, and there's drama and tragedy in the story, too, isn't there? A megalomaniacal king ordering the death of all the baby boys in Bethlehem. The wise men, who traveled from a distant country following a star in order to find the Messiah, at a time when virtually all of Israel had gone to sleep on the prophecies. The Bible says that when Herod learned about the mission of the wise men, "he was troubled, and all Jerusalem with him". They had reason to be. Herod was known for brutality, for cruelty.

And there's theology in the story. The wise men had read the messianic prophecy in the book of Numbers, a prediction made by Balaam, of all people, about "a Star". And then they'd studied the time prophecy in the book of Daniel, chapter 9. It told them right about when the Messiah would be born. All they needed was the where, and the star showed them that. They came to the place where Jesus would be born, and instead of finding a nation full of expectation and hope, they found...not much. As John wrote in John 1:11, "He came unto His own, and His own received Him not". But we're really drawn to the Christmas story by the wonder of it all. Mary brought into the world the One who had created the world. Her Child would save the world. While Jesus was entirely dependent on Mary for life, Mary was entirely dependent on Him for everlasting life. This wasn't just another birth. There may even have been other babies born in or near Bethlehem that night. But this One was different. Mary delivered her Deliverer.

Thanks for joining me on It Is Written. There have been some remarkable, some truly beautiful Christmas songs composed. "Silent night! Holy night"! "Joy to the world, the Lord is come"! "O come, all ye faithful, joyful and triumphant! O come ye, O come ye to Bethlehem"! No other season, no other holiday, no other nothing has songs as beautiful and powerful. But oddly enough, there's a Christmas song we've never heard, and it's the most famous one of all. We know the words, but wouldn't it be something to hear the music? The Bible puts it like this in Luke chapter 2: "And there were in the same country shepherds abiding in the field, keeping watch over their flock by night. And, lo, the angel of the Lord came upon them, and the glory of the Lord shone round about them: and they were sore afraid. And the angel said unto them, 'Fear not: for, behold, I bring you good tidings of great joy, which shall be to all people. For unto you is born this day in the city of David a Saviour, which is Christ the Lord. And this shall be a sign unto you; ye shall find the Babe wrapped in swaddling clothes, lying in a manger.'"

We don't know much about these shepherds, but we do know that they had to have been faithful. They were entrusted with the responsibility and the privilege that not even the theologians in Jerusalem were granted. God didn't go to the academically qualified; He went to the spiritually qualified. And these shepherds were evidently people of real faith. The angel shared with them "good tidings of great joy". Now, that word "great," it's the Greek word "megas". It's where we get the word "mega," very large, huge, like Tokyo is a megacity. In terms of measurement, "mega" can be used to mean a factor of one million. Megahertz is one million hertz, a measurement of radio frequency. So you get the idea. This was good news of mega-joy, and it was shared with shepherds.

That day "Cristos Kyrios" had been born, no less a person than Christ the Lord. They're watching their sheep on what would otherwise be a predictably low-key evening, and the Messiah had been born! See, you and I have lived our entire lives knowing that the Messiah has been born. We look forward to His return. But that's not what everyone has done since Creation. We live in the assurance that the Messiah has come, but for 4,000 years people looked forward to His first advent, and He still hadn't shown up. Isaiah had written about it: "Therefore the Lord Himself [shall] give you a sign: Behold, [a] virgin shall conceive and bear a Son, and shall call His name Immanuel".

But Isaiah, by now, had been dead for hundreds of years, long before the Messiah came to Israel. But now, here they were, just another night in Bethlehem, and the shepherds were being told by angels of this incredible event. The Savior had come. The Deliverer was here, no more waiting. And the angels sang! Luke 2:13, "And suddenly there was with the angel a multitude of the heavenly host praising God and saying: 'Glory to God in the highest, and on earth peace, goodwill toward men!'" You never heard a song like that. The birth of the Messiah was so significant, so life-changing, so earth-shattering that angels couldn't keep quiet. The angels sang. Now, whether you're a singer or not, I hope the story of the Savior's birth gives you a reason to sing, a reason to experience mega-joy.

Thanks for joining me on It Is Written. It's a fascinating old thing in a way, every year, Christmas gifts. What are you going to get this year? Clothing? Electronics? Money? Somehow, in many cases, one's Christmas joy is connected to what appears under a tree, which, at best, is a little suspect. However, it's true that the birth of Jesus and the giving of gifts are inextricably linked. Matthew 2:11 says, "And when they", that's the wise men, "were come into the house, they saw the young Child with Mary His mother, and fell down and worshipped Him: and when they had opened their treasures, they presented unto Him gifts; gold, and frankincense, and myrrh".

So gift-giving and Christmas are closely associated, but at that first Nativity, the gifts were being given to God, to the Christ Child. And the truth is, He still looks to us for our gifts. You can give your spouse or your parents or your kids something impressive this Christmas, but what are you giving God? And, no, He doesn't need a new tie or tools or exercise equipment. But there is something He wants, something He really wants. In Proverbs 23:26, God says, "My son, give me your heart".

In Revelation 3:20, Jesus says, "Behold, I stand at the door and knock. If anyone hears my voice and opens the door, I will come in to him and dine with him, and he with me". What God asks you for is your heart. If He has that, then He has everything. God is the Giver; He gave Jesus for us so we can live forever. He gives us the Holy Spirit. "If you then, being evil, know how to give good gifts to your children, how much more will your heavenly Father give the Holy Spirit to those who ask Him"!

Jesus is preparing a mansion for you in heaven right now. He's one day soon coming back to this world to give you eternity. If you want it, you'll live in a world without sin or pain or sickness or death, in a place where the streets are paved with gold, and until then you'll live in the assurance that life is yours, that Christ is yours, and that the God of heaven loves you with an everlasting love. God has given us so much, everything. "It is of the Lord's mercies that we are not consumed, because His compassions fail not. They are new every morning: great is Thy faithfulness". That faithful God, full of love and grace towards you, is hoping you won't forget Him in your Christmas giving this year and that you'll give Him the best possible gift and allow Him to unwrap your heart.

Our Father in heaven, I'm reminded that in the Bible, it says, "What shall I render unto the Lord for all His benefits towards me"? You have done so much. You ask so little. Lord, take our heart, for we cannot give it. Keep it as Your very own because we cannot keep it for You. We look forward to the day when Jesus comes back, but until then we accept the gift of Your Son Jesus. Friend, would you do that now? And we ask You to accept the little we have, accept our heart, and make it Yours forever. We pray in Jesus' name, amen.