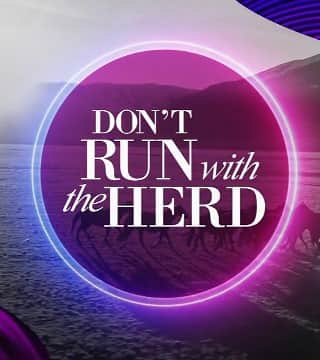 They said she was caught in the act of adultery. And I thought, how did this many people, I mean, I'm a grown man, I understand how adultery, what that is and how that might look like, I just wondered, all these people got in the room? They emphasize it's not just that we heard about it, she was caught in the very act. And by the time they bring her to Jesus, a mob of people have interrupted Jesus's service to break in and say, "We caught this woman in the very act of adultery". We did, we, we, we, caught her in the act of adultery. What are you going to do about it?

Now, most of the time, we focus on the woman, and there's a lot to be said about this woman, because my second question is... Come on down with your brother. Come on down with it. Where is the man? If we're gonna be just, if we're gonna execute justice, why is it that we have one standard for the woman and another standard for the men? I'm not going to get into that, y'all don't wanna talk about it. This misogynic way in which we handle genders is interesting here, because she was caught in the act. The brother was released, boys will be boys, but the woman is held to another... isn't it hard to be held to another standard? It's kinda unfair when two people do the same thing, but one person is handled differently from the other person.

That's what scares me about people. I would rather fall into the hands of God than to fall into the hands of people, because at least God has mercy. Once people decide that they're gonna stone you, then seldom will they turn back once they decided they don't like you. So, whoever caught her in the act, and snatched you out, all of a sudden, the herd is building. And I wondered when I was preparing this message if there was anybody else in here that could relate to being attacked by a herd. People attacking you, you don't even know why they're attacking you, you just look around and you got a whole gang of people to fight, and they don't even have all the facts.

See, the hard thing about being me is sometimes I will have facts, 'cause I know the inside story, but I can't defend myself, because if I defend myself, I have to divulge classified information. So, my integrity necessitates my silence and the herd gets to speak. And I have to be disciplined enough to hold my peace, because if I lose my integrity, I can win the fight, but if I lose my integrity... oh, y'all don't hear what I'm, saying to you. Touch your neighbor and say, "Don't run with the herd". Where the herd made their mistake is that they brought her to Jesus. If they wanted to be successful, they should've just stoned her where they found her. But they and them got together, the Scribes and the Pharisees, they and them got together, and brought her to Jesus.

Now, somebody say, "Bring me to Jesus". Bring me to Jesus. Don't just bring me to church, bring me to Jesus. I'm concerned today, Brother, I'm concerned, because a lot of people today don't know the difference between church and Jesus. They think conversion is coming to church. They came to church, but they'd never come to Jesus. So, they never really have a real relationship with Jesus, they're just having that experience with them. This woman is laying naked on the floor, clothes ripped and shredded apart, covering herself as best she can, humiliated and disgraced, scandalized by self-righteous, indignant people. She knows at any moment the rocks are going to come sailing at her head. She is not oblivious to the fact that the customs of the times allowed for stonings.

Imagine being stoned. Imagine people throwing stones at you, lacerating your skin and your flesh, and blood coming down out of your forehead until they finally knock you down unconscious, and continue to throw rocks until they can't see you anymore. Rumors are rocks. Rumors are rocks, and if enough people throw them, after a while, they can't see you anymore, all they can see is what they heard about you. And every time you spread the rumor, you have joined the herd. Every time you re-tweet it, repost it, re-text it, you have joined the herd. They brought her to Jesus, because the law condemned her to be stoned. If Jesus says no, then he has not respected the law, and we are still up under the law in the gospels. We can't be up under grace, because the New Testament cannot be enforced until the testator dies. The testator's not dead, so we can't have a new covenant.

So, once again, the enemy is trying to trap God, using God against himself. I wish I had time. This is not a new trick, this is an old trick that goes back to the Garden of Eden where Satan gets Eve to partake of the fruit and give it to Adam. And now, what God hates and what God loves is fused together. If he saves what he loves, he'll save what he hated. It if he hates what he hates, he'll hate what he loves. Salvation is always God's dilemma. And when they brought her to Jesus, and they brought her there and said, "What sayest thou"? What's so cool about Jesus is that he didn't say nothin.' He didn't say anything, instead, he stooped down and started writing in the dirt.

The power of the text is not in the words of the text, it is in the silence of the master. It is his refusal to play their game. It is his courage to be different. It is his ability to be an individual and not succumb to the request of the herd. It is his ability to stand apart from the rest and dare to be different in the face of criticism. It is his silence that screams the loudest at me that sometimes the best thing you can say to an enemy is nothing at all. His silence speaks to me, but his stooping blows my mind. Because if his silence is powerful, his stooping is even more powerful. Because I need a God that can stoop. He stooped down to something that couldn't come up. His stooping says to me how far God is willing to go to get me. That when I couldn't get up to him, he came down to me, and he stooped down where I was.

"He that's without fault among you, let him cast the first stone". And then it gets good. That's when it really gets good. Because there are four points that leaped out at me. One, they had convicted her without a trial, and brought her up under condemnation. But they brought the condemned woman to Jesus, in whom there is no... there is no condemnation in Jesus. So, they're bringing condemnation to no condemnation. He didn't come to condemn, he came to save. They came to condemn, they came to kill, and steal, and destroy. That's what they came to do, but he came that you might have, and when Jesus stood up and said, "He that's without fault among you cast the first stone", and didn't even wait for them to respond, stooped again. Because once you plant the seed, you gotta let the seed work.

See, that's what I meant when I was saying old men. I can understand the young men being hurt, 'cause you haven't lived long enough to see enough failure not to be critical and judgmental. You think you know everything, but ain't no way you're gonna get this gray and you ain't done something stupid. I wish somebody over 50 would make some noise. You don't make it to this age without doing something stupid. Now you gonna fall out in the floor and act shocked like you have never seen what you have likely done. If you didn't do it, you did something like it, and that's what I don't understand about church people. How quickly we forget that the same mercy that you needed, oh, y'all don't want to talk to me. The same grace that you needed, the same mercy you needed for your child, I needed for my child. The same grace you needed for your life. You can get caught up in a mob and forget it is easy to run with the herd.

And Jesus spoke to them and says... can I preach this this morning? Jesus says to him, "He that's without fault among you, let him cast the first stone", and he stooped back down and went to writing, and left them to do something that I am challenging you to do in this room, to think for yourselves. And they said we were convicted. We were convicted. That's a word that has left the church. We used to come to the altar and pray for conviction to fall. And when conviction fell, revival began.