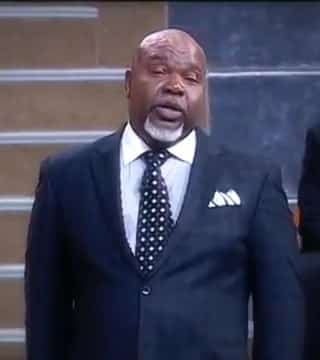 Greetings in the name of the Lord. We have been talking about mind faith and we're going to continue that conversation today but we're going to take it on from another perspective. When things get derailed and go crazy. The first human question that we ask more often than not is Lord, why? I want you to understand that somethings are unexplainable so you cannot weight waste time blaming this or that you have to deal and go forward. I'm going to talk about the blame game. Watch those toes, I'm going to step on some today. Take a look.

There are some things that just happen. Beyond reasoning as much as you worship your intellect and ability to understand and how smart you think you are and how much you think you need to understand there are somethings that just happen that are beyond intellectual resolution. You will not get closure trying to understand that there are some can la lambties and disaster and destructions and hurricanes and calamities that happen. The Bible says indiscriminately it falls on the just and the unjust. Doesn't matter how holy you live. Some stuff just happens to you. Stop trying to rationalize everything.

They looked at this man born blind and they said to Jesus, who sinned. This is the human attempt to rationalize how did I end up like this. If my father would have raised me I wouldn't have been like this. If my father would have given me to my grandmother I wouldn't have, you would be surprised at the questions lurking over in the heads of the people in this room about how did I end up right here. And you'd be surprised how many people give the blame. For the disappointments. That you face every day and for your lack of vision.

That's one of the great things about getting older. You get to go to the adult level of having children and watch them blame you. Like you blamed - isn't it funny when the shoe is on the other foot? Yeah, you can't say anything. That's going to have to soak in on you. They are having this discussion about a blind man who has said nothing at all. This behind man is not to be confused with other blind men in the scriptures. For other blind men cried out. Jesus! Thou son of David. Have mercy on me that I might receive my sight. But this blind man said nothing. At all. He didn't even ask to be healed. And the Bible says Jesus just came up on him. Almost like he stumbled upon him. The blind man is standing there in his blindness and they are having a discussion about him that does not even include him.

And have you ever had people have a discussion about you that doesn't even include you. Like you're not even there and they're having this big debate and now the man is blind, but he's not deaf. Not deaf. And they're having a discussion about him as if he could not hear what they're saying. They are having a discussion, a learning moment about a personal crisis in his life. Isn't it funny how people will ban or the easily about things that cause you great pain? And they'll discuss with privilegety things that put you in a crisis mode and they'll do it so cheaply as if you had nothing invested in your own life.

The truth of the matter is, the answer to the mystery of how you came to be where you are is not in your head nor in the heads of the people who speak into your life but in the mind of God, there is an answer to every situation that you face in your life. That's why you don't have time to worship me or him or her, because they don't know what they're talking about. Only God knows how you ended up where you are! And there's nothing like being the victim of somebody else's rage. Miss allocated toward you. Because they want to blame you for their dilemma. You would be surprised at the people in this room who are living with somebody else's blame.

Subtle blame. Not the kind of blame that causes a fight. It's just the kind of blame that makes you know not to stay over there too long on thanksgiving. Because ya'll can enjoy a meal, but if we stay over there too long, on body is going to say something that sets it off in here. Oh, nobody knows what I'm talking about. God bless you see you next Sunday. No, I'm the only person that understands these careful little relationships where you got to tip on egg shells.

Have you ever been in a room and you wanted to say something and you went - because if you really said what you really thought it would turn the entire evening out? These little relationships are laced with the strict nine of secret blame. You can't taste it. You just feel the effects. The loss of intimacy. The lack of connectivity. The loss of genuine love admiration. Swallowed up because you blame me for something. That I should not be blamed for. Who sinned? His mother? Or his father? That he should be born blind? If sin will make babies go blind, every kid in here would black out. See people don't like me because I tell the truth. Every kid in here would be walking around talking oh, mama I can't see. People can be come so self-righteous that, how can you say that my parents sin made me blind? Are you kids blind? And by the way, you ought to be blind too. Because I know your mama. I'm sorry. Come back. That one got away.

I had to catch those words they will run away from me. Jesus says, Jesus rebukes the accuser. There are always accusers. In your life. Now you must understand the spirit of accusation does not start with men it starts with saving because saving is an accuser of the brethren and you must understand the spirit of a accusation hovers over in the head of every human being in this room. Accusing you of something and blaming you of something and creating and suggesting. Sowing seeds in your mind for which you have to deal with, guilt over things you had no real control over. Who are you anyway? Are you God? That your actions can control somebody else's outcome? But when the spirit of accusation comes people will accuse you as if you had more influence than you actually did.

Maybe you contributed to the problem but there's other people that contributed in like manner and they didn't turn-out like that. There are other people who walked away. There's other people that are irresponsible and didn't spent as much time with their kids and they're kids turned out right. Ya'll don't want to talk to me. It's so easy. To say I'm like this because. And as long as you a blame to other people you can never regain control. The moment you say that if something his mother or father did, then he can mott do anything to fix it.

Now the miracle must move from the blind man to a discussion with his parents because if what they did cost him to mind they're going to have to do something to undo it. I hope you brought your brain with me this morning because I said something heavy if you ended up where you ended up because of somebody else you can't fix it they have to. Isn't that a lot of power to give to somebody else? Jesus rebuked them. Recognizing the spirit of accusation coming from spirit of Satan who is an accuser of the brethren and there is an accuser in your life right now accusing you every time you get up or have a happy moment that you don't deserve it. That you have not a right to it and you should be ashamed of where you are.

There's an accuser that rains on every good day threatening you of a bad day and hosting you hostage in your own mind and have no control over you're in life torment you and every time you go down there's an accuser saying you brought that on yourself. There's a voice you wrestle with. I don't have time to fight with you I have to fight off all the voices talking in my head telling me to give up and die! But I'm so glad that the blind man didn't have to rebuke the accuser, Jesus rebuked the accuser and said, you're wrong. I have about attorney that will bleed my case when you make assumptions about me I don't have to fight for myself! Jesus rebuked his own disciple and said neither. Neither sinned.

Watch this. But it was done for the glory of God how can God get glory out of blindness? I made him like this. So I could be glorified in this. My strength is made perfect. That's what God said. My strength is made perfect in your weakness. If you're too strong, I can't show off. If you got too much going for you, I can't show off. But when all hell is breaking loose, and you're down for the count, and there's no way in the world you can get up, God said that's when I can show up and show them that I have been with you all your life! Oh, my God I wish I had some help this morning! I thought when God got ready to show this glory he would show it through perfection. Perfect stuff.

I remember when he called me to preach I said Lord you should get one of the good people. Don't be calling me because you know, you know me. Come on man, you know me. You know I'm about to mess this thing up real good up in here. Get one of those good people. One of them little goody two shoes nice people. One of them. That was when I still believe they existed. Yeah. I did not know that God could be glorified through something that was not beautiful. To something that was not perfect. He said, this man is like this not because of what his mother did or what his father did but I planned his blindness for my glory.

Somebody help me praise in just ten seconds. Touch five people and say you have an appointment. You don't even know it. Your just sitting on the site side of the road not realizing you have appointment with destiny. You don't have to fast, pray or beg for it. All you got to do is, be you and while you do you, I'm going to meet you in the middle of the road. Oh, I don't know who this is for but this is for somebody. Sit down we just talking about it. We just talking about it. I don't know while ya'll keep jumping up but I feel the Spirit of the Living God and the glory of the Lord. The blind man said nothing. And the miracle came to him.