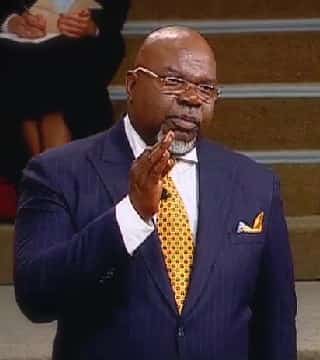 Greetings brothers and sisters in the name of Jesus Christ our king. I'm so blessed and so excited to have the opportunity to share the word with you. I'm excited about the word. I still get excited about the word. Preaching 37 years. I still love his word. I love weight does in your life and in your heart. I love how it strengthens you. I love how it helps you. I got a message that I believe you are going to love. Take a look. So on one hand, on one hand it's the most miraculous, supernatural, amazing in my life. On the other hand I've had devils I've never met that say hello I came to kill you. May name is going to destroy you. I'll bring something out of your past and try to kill you. I have a group of enemies writing about you you don't know. I'm writing a book about a guy I never met. All this is coming up at the same time. That's my normal now. But it wasn't then.

My P.R. person says to me, there's 212 reporters from all over the world coming to the press conference in the morning. 212. Furthest away being the London times. From the London times to the wall street journal, they're all here bishop, for your debut. I got back to the place we were staying and I stretched out. O my God! What have you done? I thought, I must be crazy. I must be crazy. The media never writes nothing good about preachers. They're going to kill me in the morning. What was I thinking? About two A.M. I called them. Get up out of the bed. Cancel the press conference. I must be out of my mind. To throw myself out on front street under a bus of people I already know are looking for any kind of edge to get to destroy me. I am mama's baby. You don't do nothing to mama's baby. I'm going out there for them to eat me alive.

People I don't even know. Some people don't believe in God. You know they don't believe in me. They don't believe in God. The ones that do are so cynical they only take God if he looks like what they're used to seeing him like. Everything I said was true until I heard what she said. She said, Bishop Jakes. She said, the whole world has turn its head to hear what you have to say. Do you have something to say or not? This is space and time God has created for you to step into a new dimension. O God. A higher expression of yourself. What does that mean is this stuff that's been shut up in your bowels. Tied up in your belly. Tied up in your spirit. You have finally come to the place of maturity that you can step into what you have been dreaming about and God is about to revolutionize your life.

This is how you'll know it's a move of the Holy Spirit. It will not be a lot of thunder, it will not be a lot of clouds. It will be small clouds, big rain. There won't be big ovens and big restaurant tours and big servants coming. It will be small things like two fish and five loaves of bread. It will start at a small place. But it will erupt into something real big. O God. He told me to tell you, don't despise small beginnings. Reason we were having trouble communicating was I looked at it and awe opposition. I was absolutely right too. Everything I said was true. She looked at it and saw opportunity. She was absolutely right. And everything she said was true.

The challenge of my life is to co-exist between two things that are totally true yet opposing each other and my perspective is the only thing that makes the difference. You understand what I'm saying? I went to bed that night and thought, o my God. I'm laying in bed thinking, is that what this is? Is that what this is? Has the whole world turn its head to hear what I have to say? Is this an opportunity for me to say something through all of these vehicles that reach all over the world? In spite of the risk. In spite of the discomfort. In spite of my own human frailties, is this the opportunity? Hidden in the opposition? That one premise was the catalyst to changing my perspective on how to manage the rest of my life. I didn't know I couldn't control the variables. I can only control the perspective. Order another cup of coffee, we're going to go a little deeper.

So Jesus just did this thing with five thousand people feeding them fish and loaves and stuff and they went back eating with wonder bread in between their teeth and fish bones in between their gums and man this food is awesome. It's great. People started believing in him. The more people that believe in you and like you and support the more people hate you because it creates an opportunity for envy. Your success in any level creates an opportunity for envy. The only way to avoid it is to stay down. If you lay dead. Even animals won't bite you. The risk of being bitten is the cost of getting up. Do you hear what I'm saying to you?

Whatever you've been imagining is too small compared to what God has opened up before you. It is massive. It is huge. It is beyond human comprehension. It is simply an opportunity you can't measure it with a stick. You can't measure it with a yardstick. You can't put it in a computer. It is simply an opportunity. The opportunity is so huge that if you walk into what God is giving you in the fullness of the Holy Spirit, listen, you will never, ever, ever be the same again. I mean a radical revolution is about to take forth.

I don't know who I'm talking to. I don't know who this is for. Your success at any level creates an opportunity for envy. The only way to avoid it is stay down. If you lay dead even animals won't bite you. The risk of being bitten is the cost of getting up. Do you hear what I'm saying to you? You have to decide are you so concerned about being bitten that you're going to spend the rest of your life being dead or is there something pumping inside of you that says bite me or not, I'm getting up. I'm going to be the best me. I'm going to do all I can do. Even if it risks you hating me. I'm going for it.

Let me tell you the truth. You are doing the right thing in the wrong way. The miracles that the people need to see to believe in you, they adopt get to see them because you're always doing them behind closed doors. You said the man you cast the demons out of Gadarenes you sent him off. We could have used him. The last man you healed. Your own brothers don't believe in you. Time to face the facts. You healed the woman with the issue of blood didn't do anything with it. We could have used her testimony. You said nothing about it. You keep doing your greatest stuff in private, Jesus. That's what's wrong with the movement. Yes you took two fish and five loaves of bread and fed five thousand people but it was in the desert. When will you do your stuff on center stage so the world will know you're Lord? Your brothers don't even believe in you.

Jesus says, I am not going to, read my lips! You go. The world doesn't hate you. They hate me. And you are advising me into a position where you not at risk. Go yourself. That's what's happening in this text. And Jesus said, I'm not going. Ya'll go ahead. Have you ever made a decision and as soon as they walked out the door. I don't need you. Take you, the car and the money. I'll be fine. The door slams. Boom! And Jesus makes a clear statement, I am not going. Ya'll go ahead. What we get to watch in this text is an opportunity. We have an opportunity in this text to watch Christ change his mind.

Now, from a theologians, this is a statement it doesn't mean God changes his mind because God being sovereign God could not change his mind. His word is forever settled in heaven. But it is a human metaphor to described a divine ability that defies human comprehension. It's as close as we could get to articulating what God does and reduce it to the human attribute of changing your mind. They shut the door. Boom. Jesus said, let me get dressed. I'm going to sneak up there but I'm going to Judea. I'm going. I'm going because it's a feast. Everybody will be there at the feast and I'm running out of time. Whatever I'm going to do I have to do it now.

When you are running out of time you have to understand that you have to take risks. Because you can't afford to sit around and say case-sura-sura. Whatever will be will be. The future is not ours to see. Case-sura-sura. Notice how they were singing that when you were 18. Ain't nobody sing that now. Because it ain't case-sura-sura whatever will be will be. You have to make it happen or it won't happen. Get off your hind part and bust a move, or nothing is going to happen in your life! Slap your neighbor and say, take a risk. So Jesus said, Jesus started putting on his sandals you know and covers himself and brushes back his hair a little bit and says, okay, I'm going but I'm going at night and go through the rocks and climb through the creek bed and no one will know I'm there.

Sometimes you have to sneak up on success. You have to sneak up on it. Never let them see you coming. You're easing up to it. You talk too much about your success and you'll delay your success. You need to shut it down. Your mouth is too big for where you're trying to go. If you hold your peace it will speak for itself. But because you announce everything to everybody you further jeopardize the opportunity the Lord is affording you. Have another cup of coffee, I have something else to tell you. Isaac dug first well and he couldn't get the blessing out of it. But he kept on digging. Touch your neighbor and say, keep on digging.

Some of the things you tried to do ended in failure and the enemy mocked you and said if it had been of God it would have worked. But the Lord told me to tell you, the devil is a liar. Touch your neighbor and say, keep on digging. So he dug if second well. And when he dug the second well. And he finally got some water coming, then the Philistines came out and said, that well belongs to us. He could have threw up his hands and said, I've given up. I walk away. I'm through with it. Do you know what he did? He kept on digging. And the reason the Lord wanted you to be here tonight is because after all the hell you've been through, all the setbacks you've had, all the storms you've endured, every time the devil thought you was going to quit, you just got your shovel out and you kept on digging.