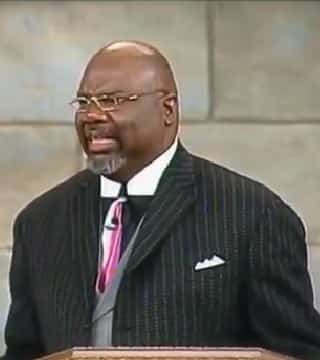 Greetings in the name of Christ our King, our risen Lord. Today, is the day we get to share a message that's become for me in many ways the alma mater through which we live and move. Favor ain't fair. In fact we entitled the whole series like that. If you know anything about walking in the favor of God, you know that God's favor and God's grace over your life has nothing to do with your background, past where you came from or what your haters have to say about it. If God be for you, he's more than the world against you. Sit back, get your cup of coffee. Enjoy this. Favor amen ain't fair.

We believe nothing just happens. God orchestrates our lives. Puts us at the right place at the right time around the right people to receive what we need to go to the next level of life. That's important. Sometimes life seems chaotic and painful and uncertain. And it helps me to know that God has some master plan that there is some method to the madness. That ultimately there's going to be some purpose even out of painful situations. There will be purpose.

So we've been taking a good look at Ruth and how God ordered his steps and how she's a Moabite woman. In case you're not familiar with her, she's a moabitess, coming out of Moab, people who didn't recognize God as God. But because Bethlehem and Israel in particular were going through a famine, Naomi took her two sons and her husband and they went down into Moab and met these two girls. We talked about Ruth and Orpah who married Naomi's two sons. You have to understand these characters. If you don't understand the characters you won't understand the metaphor what it means to you. The two sons these girls married died and Naomi's husband died and we talked about how the three women engulfed in grief and sadistic pain of losing their companions engulfed each other in tears and wept.

Orpah goes back to Moab because she can and she's released to go. Naomi said she's going to Bethlehem where she came from. She's wilted and withered. Ruth standing between Naomi representing where she wants to go and Orpah representing where she came from turns towards Naomi and says, I'm going with you. Your God shall be my God and your people shall be my people. Where you lodge I shall lodge and where you die I shall die.

The cost of her decision is quite painful. Now she is in Bethlehem, a Moabite woman, a minority woman, a woman who is considered a second class citizen, not a legitimate citizen of Bethlehem. She's impoverished and she's widowed. She has an economic issue as well as a spiritual issue. But she's willing to go through the adversity because she's been so impressed with Naomi and her God that she wants to be where Naomi is. Experiencing Naomi's God walking into the abundance that Naomi has to be possible. She's in Bethlehem. Bethlehem is translated to be the house of bread. Yet she's starving for bread.

Theologically, Naomi represents the nation of Israel through her husband typifies the situation they experience from the wholesome worship of Jehovah God. Her two sons and death of her two sons and birthing of her two sons represent Israel dividing into two kingdoms and death of her two sons is end of an era where Israel divided into two kingdoms and ending of that era is signified by Ruth making up her mind to follow Naomi back home. Ruth following Naomi back home is a type of a church whose umbilical cord from God comes through the rich soil of Judaism.

We have a Judeo-Christian society. There is a cord between Judaism and Christianity. Old Testament teaches us the identity of the personality of our God. So Ruth goes back with Naomi. Representing the church now coming into a covenant relationship with God through her association with this older woman named Naomi who incidentally happens to be her mother-in-law. Now when we look at Ruth then, we see that she is a metaphor for the church, her life, her struggles, her acquisition of land becomes a picture or template as it were for the church.

Now I've got you totally confused. Good. You'll be all right. Ruth now is coming into Bethlehem. She's gleaning over in the corners of the field. There's a famine. The woman is hungry. She's gleaning. Gleaning is to gather wheat. She's gathering whatever wheat she can wherever she can over in the corners of the field. She happened up on Boaz's field he is rich and has affluence and influence. And he sees her gleaning in the corner of the field. Catch me and go forward. Boaz is talking to women gleaning and looks over and says who is that over in the field? That's Ruth the Moabitess. He said, this is what I want you to do. I want you, she'll be coming this way. When she follows this direction, I want you to leave some handfuls of what you have harvested just drop them on the ground for her to find.

Now watch this. Here comes Ruth background to forefront from obscurity to notoriety. Isn't it nice to be in the right direction? You haven't gotten there yet but you know you're moving in the right direction. If you as a church, as a Christian begin to move in the right direction, there's a certain little signs that are indicative of the fact you're in the right direction. Little sign such as this. When I look back over my shoulder, and see where I came from, I might not look successful to you but when I realize I came out of a famine, and I'm glad I'm just here survival, and so she survived it. And then she went from survival into being a place that's sues sustained. And now she's coming into the place she notices increase.

Somebody say increase. All of a sudden, she says, look at this extra wheat. Look at this extra wheat laying on the ground. What Ruth doesn't know is Boaz has had a conversation about her she didn't even hear. He has commanded the release of blessings. Somebody say release. He's commanded the release of blessings. She didn't even hear the conversation. But she's a recipient of something that he has said about her. That caused her to start receiving things that have been released for her that she doesn't even know how it happened.

There are a few people in this room who have just in an attempt to follow God have noticed increase. We didn't hear the conversation? We don't know what was said in heaven. We don't know how the blessing started. But we just noticed that as we attempted to walk with God, that there were some things that just worked out that have never worked out before as if somebody had just left some things around for us. And we started coming into things. Is there anybody in the room who knows what it is to just stumble up on some blessings that almost looked like they were waiting on you.

There are some things that God can bring into your life that you didn't even work for it. He said, I'll give you houses you didn't build. I'll give you vineyards you didn't grow. I'll just let you stumble into things. And all of a sudden all you've got to do is have enough faith to receive what I've released in your life. Now the people who are responsive to that are people who have experienced it. There's people who are living in the book of Ruth right now that just see some things. All the work was taken out of it. It was just there. It was just available to you. And you started receiving the blessings of the Lord.

Even if you have to do it in your house and lock the door and pull the blind and throw your hands up and say, Lord, I thank you for what you did for me. God has a way of making you excited. And I want to say something to you. You have to understand this. All these women are out here working in the hot sun, harvesting wheat. And Ruth, because she responds to the beckoning of Boaz comes along without half the work, receives just as much harvest. And if she had pulled it, plucked it. Cleaned it and prepared it. It was just laying there waiting for her.

I want to talk to some people. Is there anybody in here who have just had some blessings fall on you? You came on the right Sunday. This sermon is for you. You need to understand. When this starts to happen, people react strangely to you. They react strangely to you because I can say it eloquently and articulately. I can say it profoundly but I avoid that and break right down into it. I can tell of my thought process to a form that will cause me to be herald for my ability to articulate the concepts of God. I choose to go beyond all of that and tell you like my grandma would tell you. The reason that people have an attitude when that begins to happen in your life is that God is giving you favor.

Favor, favor now is preferential treatment. Favor is distinctive treatment whereby you have reached an elite status you don't even deserve. And the reason they're upset is that favor ain't fair. If you're taking notes make sure you get that. Favor ain't fair. God may be just but he's not fair. When God gets ready to bless you, he doesn't just bless you because you deserve to be blessed. But God has a way of just choosing to bless you and saying, that lady right there. I'm going to leave that house for her. Can't nobody buy the house but her. Everybody else has tried to buy it. Everything will be tied up. That's her house. Nobody is going to get it but her. Favor!

Ruth just started being blessed. It wasn't even fair. Just the Bible says that, what does it say? The Bible said that Boaz had spoken to the reapers and said just leave her handfuls on purpose. Handfuls, provision on purpose. There's an umbilical cord between provision and purpose. God doesn't give you provisions just for your own personal gain. God gives you provisions for purpose. Everything you got, your talent, your singing, your speaking, your ability, your charisma, your articulation, your IQ, financial dexterity, makes no difference what it is. God gave you those favors for his divine purpose.

I've got to stop there. It's been a real joy and real blessing to share the word of the Lord with you. I want to encourage you, just embrace the idea of walking in God's favor. Breathe it in. Pray in it. Walk in it. Think in it. Expect it. Favor is yours for the taking and God is distributing it out to his children, favor that just boggles the mind. I thank God for you. I'm praying for you.