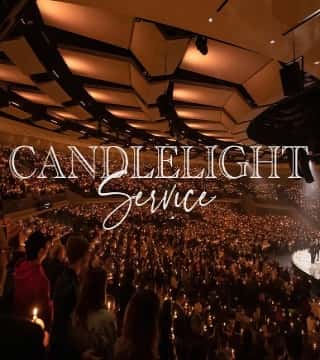 On December the 24th, 1906, something happened that had never happened before, and that is that sailors at sea heard a voice over a little electronic box called a radio. Before that time, all they had ever heard was Morse code. But on that day, Christmas Eve, 1906, they heard a voice. That voice said, "Glory to God in the highest, and on earth, peace, goodwill toward men".

Luke chapter 2, verse 14. The first words ever spoken over the radio were scripture. They were the greatest words that could have ever been spoken because here's what that person was saying, and here's what those sailors were hearing. Something happened 2000 years ago that changed the world. And I just want to remind you of that as we celebrate Christmas this time of year. What happened 2000 years ago changed the world and can change your life and my life as well. Glory to God in the highest, and on earth, where we live, peace and goodwill toward men. And I just want to pray for you that during this Christmas season you will have peace and you will know peace.

You see, during this time, many of us are going through difficulties and we know that we're supposed to be joyous, but we're going through something that's trying to steal our joy. I had a friend say to me a while back, I'm not going to let circumstances steal my joy. And I want to remind you, glory to God in the highest. The angels came and announced to those shepherds, something has happened that is changing the whole world, and it even changes the peace that we can experience on this earth.

So, my prayer for you this Christmas is that you experience peace on earth, and that we remind ourselves that what happened 2000 years ago changes our lives, not only on this earth, but forever. Because of Christ, we get to live forever with God in heaven, sins forgiven, a new heaven and a new earth. Glory to God in the highest. So, I want to pray for all of us right now.