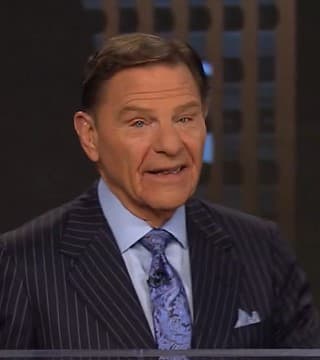 Now let's go to 1 Peter 2:24 I like the way the second chapter starts out "wherefore laying aside". So, this morning we're gonna lay aside. All malice, all guile, hypocrisies and envies and all evil speakings as newborn babies desire the sincere milk of the Word that ye may grow thereby. Well, we're not in the sincere milk of the Word. We're in the sincere meat of the Word, glory to God. Thank you, Jesus. Now, and he's leading up to this place, to get you healed. All of this is setting up the 24th verse.

I know some stuff. I'll never forget this, never, never, never, never, never. He said to me, now he's Muslim. He said, I get to the place, I don't remember the exact words. He said, I just got to the place I was so desperate, this thing's not working. And to make long story short, Jesus revealed himself to him. And he said, I didn't know what to do. Because if I tell it, you know what's gonna happen to me. So he said, for a long time, he would go to mosque. And when he would pray and he continued to pray five times a day. Every time you heard the call to prayer, he'd do the same thing only this time, he's praying in the Spirit. And he's praying for everybody around him. Ain't that good?

Brother Hagin prophesied that. That the power of God would fall. He said and then I heard it in my own spirit. He said, where people are worshiping something, they're actually seeking me. And he said, I will manifest myself to them. And in these last days, I will manifest myself far more than I ever have in times past, because people are more hungry today for some kinda God than they ever have been. And it's happening. Another very, very close friend of mine, Muslim. Came from a line of kings. And I won't use his name because well, anyway. It's kinda dangerous for him even yet. And he absolutely cannot travel in the Middle East.

Anyway, he was dying. I mean on his deathbed, they moved him out into just an empty room just waiting for him to die. Jesus walked into his room. Now, it's been some times of but I'm using the words as close as I can, close as I remember with him. He appeared to him. And he said, "Who are you"? He said, I'm Jesus of Nazareth and I've come to heal you. And he did. And he said, now you go, he gave him exact directions to a small Assembly of God church. Just a little ways from that hospital. You go there, they'll tell you what to do. He left there, born again filled with the Holy Spirit and hadn't have any idea what... But he is a powerhouse today. Amen. Now, watch this one.

Oh, praise God! Now, when they called and that they were coming about a 45 minute drive from Plano to EMIC. And they called. So, when they drove up, she was in that wheelchair like this. That's what makes it so significant that she could feel her fingers and then her toes. Now, remember the woman with the issue of blood 12 years? Joan Green is a concert pianist. She hadn't played the piano for 12 years. Her husband and our guys had to pick her up and hold her while they got the wheelchair out of the car and put her in it. And rolled her inside the sanctuary. And she walked out. She's still healed and well today.

Amen, here's a manifestation of the working of miracles. Glory to God. Working of miracles and gifts of healings, 'cause she not only had to be healed, she had to have a miracle. Well, she received it, Amen. Thank you, Lord come on this is so good. And I wanna remind you again, all the 12 years that she couldn't play the piano, all the 12 years that she couldn't walk, all of that, healing belonged to her. But watching on television she found out about it. Well, he's done all that's necessary. All that's necessary for you and my healing. Everything, it's all been done so been taken care of.

Kellie was, she was in high school. Oh, I don't remember but anyway, she was either junior or senior in high school. She came home from school one day and she said, "Daddy, I've had this the symptoms of the flu all day long". She said, "I just, I really feel really bad right now". And this is first time this came up out of my spirit. It came out of my mouth and it never was a thought that just came up. I said, "Kellie, dear you have, When was it Kellie? Were you a junior or senior"? 14, 15 years old something like that. And stand up Kellie. So, stand up Emily. This is Emily Jean Ann. So, while I get started to this, stand up, Aubrey. This is my other granddaughter, another granddaughter.

So, anyway I said, "Kellie Dee, you are not the sick trying to get healed". "You are the healed and the devil is trying to take your health away from you". She looked at me, she said, "I'll be right back". She went in her bedroom and by the time we had supper that night she was healed. No symptoms at all. Now, I said that just sounds too easy, no, it is that easy. Jesus said, my yoke is easy. My yoke is easy, learn, but he said, learn of me. You have to learn that, because religion don't know that. And religion says, "Oh he's hard". He's hard, he'll put sickness on you. Why would he ever, wanna do that?

When he went to hell and suffered for your sickness. I heard this come out of the mouth of a preacher, I was in the congregation. I just had to just sit on my hands to keep just rebuking him. But it's not my business to do that. He said, God is so great, he'll break your leg just to get to heal it. I don't want a leg breaking God. That reminds me of something else out of my grandchildren. When the two of them were very, very small. In the backseat, Courtney and Max. Max is Kellie's and Courtney is John's. And they're sitting in the backseat. And Courtney said, "Shut up devil"!

A little bit yeah, this is a way they're raised, you understand? She's a little bit she said, "Shut up devil"! Somebody said, "Courtney what did the devil say"? He told me to break that Max's leg. Shut up devil! This is the reason our family doesn't get sick. Amen and if some symptoms do get on us, I'll tell you what, you know, it's kinda like John Osteen said, he said, he either saw this in a vision or saw it in the spirit. Anyway, the devil was going down the street, and he had a bunch of little demons behind him and he was saying you go in that house.

Proverbs 4:20. "My son pay attend to my words". What does that mean? Put it first. Give it priority. Final authority, quit using dead, quit using attributes of the devil to express your Holy Ghost self. I added the Holy Ghost part. I'm serious about this. Dying to go, I'll die if I don't go. My feet are killing me. You say that long enough and we're gonna have to pray for your feet. What do I say? Well, beautiful are the feet of those. I have beautiful feet, they're well and healed. If he says you're healed, you're healed.