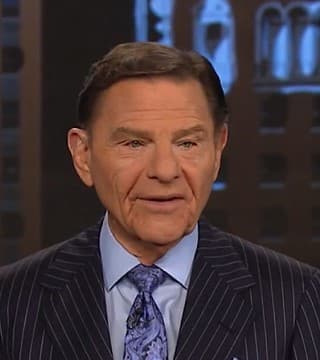 Open your Bibles this morning, first of all, to the book of Isaiah chapter 53, of course, now, of course the King James translation. "Surely he hath borne our griefs," the Hebrew word there is sickness, "and carried our sorrows," the Hebrew word there is pain, "we did esteem him stricken, smitten of God, and afflicted. But he was wounded for our transgressions, he was bruised for our iniquities: the chastisement of our peace was upon him; and with his stripes, all those bruises we are healed".

Now this is in the first covenant, right? So, being in the first covenant and it being a blood covenant in the blood of circumcision, the blood of men in circumcision. You agree with that? Right? So, was it for a few Jews? No, no. God entered covenant with the nation. It was for every Jew that would believe it. Huh? So to come up with, well, I don't know whether it's God's will for me or not. We gonna kill this cow this morning. Now, I know most of us, but you see, we're talking to a lot of people all over the world right now that are that struggle with this same situation. And they say, "yes Brother Copeland and that was for the Jews". I just said that. Amen. And it was. But it was not for a few Jews. It was for every Jews, every descendant of Abraham. It was for every man, woman and child. Everyone.

Did they all get it? No, a lot of them did not. But, we don't need to labor that. Now, let's go to 1 Peter 2:24. I like it. I like the way the second chapter starts out. "Wherefore laying aside," So this morning we gonna lay aside, "all malice, all guile, hypocrisies, envies and all evil speakings. As newborn babies, desire the sincere milk of the Word, that ye may grow thereby:" Well, we're not in the sincere milk of the Word. We're in the sincere meat of the Word, glory to God. Thank you, Jesus. Now, and he's leading up to this place to get you healed. All of this is setting up the 24th verse.

Now, then I have some videos. I want you to watch for particular reason they're demonstrating and illustrating each one. Not only the fact that it is really easy to receive from Jesus, but you know, there's different methods. There's the laying on of hands. There's anointing with oil. I mean like Brother Hagin say, this is one way, it's not the only way, I said this one day to the Lord. This particular person. I said, "Lord, I hope that I see something on television. I see a disaster. I see. And, it's a hundred percent of the time. Every time I see it, it just pops up in me. Did they go to heaven? Or they go to hell? Oh God, is there some way I could have reached them? Is this something I could have done"? I it's just, you just do this for 53 years and it's just there.

And anyway, in this particular case, I was inquiring of the Lord about that. And the Lord said he is here with me. I said, "praise God". You know, that's looks kind of strange to me, now, most of the time, I've never heard the audible voice of God. I heard it one night while I was flying. That was so audible to me. I think maybe it probably was because I looked down at my audio panel to see if I'd lifted the regular radio on which I never do. I never listened. When I fly, I'm all business. I don't have an entertainment system in my airplane. It's for the people in the back, not up front, but I looked down and checked my audio panel.

That's when I heard the, "Coming to you from the Revival Capital of the World". I thought I know where, and I looked down and check it. But the rest of the time I'm open and I will, but there's levels that there's the still small voice. There is the peaceful voice. There is the authoritative voice that I hear , in the places. And the role of the prophet. Amen. Then there's times he called me by my name. I Love it. And he said, "Kenneth, I'm not trying to keep people out of here". He said, "if they'll give me the slightest opening, I'll take it".

Now, That's just not just anybody, but it's anybody where there is that moment. It doesn't take much of a prayer. The apostle Paul, the Saul of Tarsus prayer was one word, "Lord". Well, he believe He's Lord. And he's seeing him, he know good and well, He raised from the dead that qualified him, right? "Lord, what would you have me do"? He'd got him right there. Then a few days later and Ananias laid his hands on him and Jesus baptized him with the Holy Spirit. Yeah.

And later on, he was right in the church in Carthage. And that was a tongue-talking bunch of people, So much So it got them into trouble. And one translation said, he said, "I thank my God, I pray in tongues, I speak in tongues more than all of you put together". And that good? Now, I want you to watch these videos because it illustrates the different ways to receive. And it... the main thrust today, you've..., Faith doesn't come by hearing a testimony. Faith comes by hearing and hearing by the Word of God. And when you hear the Word in the testimony and so forth, but the main reason for a testimony is to inspire you and make room for more things. So, watch these, please.

All right. Healing is in the Word. Now, let me tell you the rest of the story. First, not too long after that, bless his heart. Apostle McKinney went home to be with the Lord. What a blessed, man? What a man of faith, this man is? Brother Copeland, he wasn't, no he still is. Get, that was out of your vocabulary. My mother and dad, my mother's not a was, Oh, Brother Copeland. And this happened. I'm so sorry. I lost your mother. I didn't lose my mother. She's not lost. I'm not lost. She just moved. She is left town, that's all. Amen, I know exactly where she is. She went home in August of 1988. My dad went home in the year 2000. Terri was with him and I'm telling you, I knew it was about to take place.

How I want you to know I had that airplane going as fast as that thing would fly. And I missed it just by a few hours. But anyway, and I told him my dad at my mother's home going service and I had her picture. I have, I still have the pictures that were taken in a studio. And back when I was just a little boy and I still have those pictures. And, and I had that picture of mother on top of the casket. And now you do whatever you as a family wanna do, you understand? I'm not saying, but in our family, we don't open it. I mean come on. They're not there. I want to remember that picture. I said, "dad, it's a good thing for you and mother to get back together, this is good". And that's who you're looking for right there. And he lit up, praise God. And now, LaShae told me that, that it's good for us to tell this. She didn't have money enough for his home going. So, we paid for it.

Now, in July, in our tent meeting, Amen, Friday morning Healing School. Somebody said, "LaShea McKinney is here". I said, "You kidding me"? She said, "she's here". I said, "what's she doing here"? They said, "she's enrolled in KCM". I said, "LaShea get yourself up here". You should see her. I mean, she is trimmed down. Absolutely gorgeous woman. If I'd have met her on the street out of the sunlight. I know, I know that woman from somewhere. Yeah. That's the one that had 30 days to live. Now, you can do better than that. Come on, give the Lord a shout here. That's the woman that had 30 days to live, and now she's enrolled at KCM. Praise God. And I had to believe God for the money and got it. Well, I mean, you get here in 30 days. You can certainly get to vision.

Now, LeShae just believe the word like the woman of the issue of blood. She just believed the Word and stood on it. And he said his Word and healed her, Hallelujah. Healing is working right now. I'll tell you what let's do. Let's go over to Proverbs. Lashea McKinney mentioned this fourth chapter of Proverbs. This is God's. This is the prescription for God's medicine. Proverbs 4:20, "My son, attend to my word;" What does that mean? Put it first. Give it priority. Final authority.

So, attend to my Word, put that first, do that first. It has final authority. It's more important than anything else that you can do, "incline your ear unto my sayings". What he says is right and true. And he is right. "Incline your ear unto my sayings. Let them not depart from your eyes;" It's wonderful to memorize them. Hey, I never tried to memorize scripture oh, a few of them, but I never really tried to memorize them. You just preach them and read them so many times. And particularly when the anointing comes, they just flow out of your mouth. And then I love that, but you need to look at them. It, you need to, they need to get, in your eyes. Because what you look at the most gets into your heart.