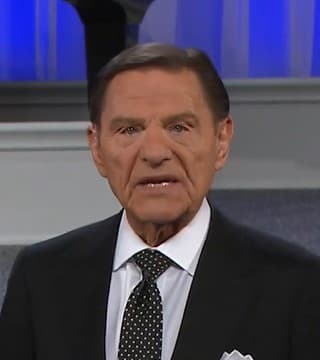 Open your Bibles with me to the book of second Samuel chapter nine we're talking about God, Jesus, grace and chesed, and David said, now David, I, excuse me, Jonathan and Saul have been killed in battle and in the, in first Samuel the 18th chapter, the verse three verses there, Jonathan and David entered into a covenant. Jonathan loved him as his own soul and it was very well, we'll take time to go over there and read that, but, but this is very, very, this is so significant that it is... Jonathan, the Prince in line for the throne took off his robe and he put it on this shepherd boy.

Your goosebumps ought to be double parked about now. I got that from you Keith Moore. He took off that robe and put it on this shepherd boy. Sergio, he took off his weapons. And gave them to David. This is so covenant significant that it... If you really, if you never have really studied it and, and looked into all of the accounts and, and really know something about it, you don't get this. That's what happens. I am in covenant with the most high God. And when it comes time to pray, brother, I put on his armor. Amen. His armor, his armor. You know, in the movies and the pictures, you know, and got the breast plate and it's it. You know, it's got the, it's got the six pack molded in it. It may be, it may be so tight on the inside it's hurting, but boy you look good in that thing.

Boy, this thing is tight. Hey, this is God's clothes. See how significant that is. This is God's clothes. And you strap that breastplate on. Feet shod with the preparation of the gospel. The gospel is the power of God and you need to be walking a power. Covenant power. Where the almighty God dressed fit to kill. Soldier in the army of the Lord. And I'm his to command. He's my liege, and I'm his. My King! And I'm here to fight the nasty battles on this earth. I have a covenant with the most high God and I'm blessed and I'm an untouchable. I have his armor. But now look dumb dumb. Excuse me. Put the face plate down.

That way the devil can't tell whether it's God or you in that suit. You use that faith.. don't say, I sure hope he flees. Forget it. He, he just laughed it off. That ain't God in that suit. That's, that's that. That's that idiot Copeland from Newark Texas. How significant. How absolutely. Stunning. Delicious. It's so good. David said verse one, chapter nine. Second Samuel, is there not any that is left of the house of Saul that I may show chesed for Jonathan's sake. It's hurting him. He's a covenant partner. It's hurting him. It's he's, he wants to give. For God so loved the world that he gave... It's hurting him. Sergio, it's hurting him. He needed to... He, he didn't. He loves this earth. He loves the people. I need a covenant with his people and I need a Jesus. So I can show chesed to them. There was of the house of Saul.

Now listen to this, just just let it work. This let your imagination run away with you. A servant whose name was Ziba. When they had called him unto David, the King said unto him, are you Ziba? He said, ah, thy servant is he? And the King said, is they're not yet any other house of Saul that I may show chesed of God unto him. And Ziba said unto the King, Jonathan hath yet a son which is lame in his feet. And the King said to him, where is he? Ziba said to the King, behold, he is in the house. I may here the son of Ammiel in Lo-Debar. Then King sent and fetched him out of the house and make here the son of Ammiel and Lo-Debar. Now when Mephibosheth, the son of Jonathan, the son of Saul, came into David, he fell on his face and did reverence and David said, Mephibosheth, and he answered, behold, thy servant.

Oh listen. And David said unto him, fear not. I will surely show you chesed for Jonathan, your father's sake and listen to what chesed is demanding that he do. Oh, he finally found him. I've got a covenant son. Let me change it. However, I have a son in the faith. I found the son, man. I found one. Oh, he's precious to me. I found him. And he bowed himself and said, what is that servant that thou should look upon such a dog as I am? He didn't even hear that. It just went in one ear out the other. That's like when you fell down and said, I'm so unworthy. I'm sorry. And he said, Oh, shut up. I'm just so unrighteous. Get outta here. You're a new creature. I didn't make any unrighteous, unworthy new creatures get up in there. Oh, he didn't pay any attention to it.

Then King called Ziba, Saul's servant, and said unto him... Listen to this... I have given under the master's son, all that pertain to Saul and to all his house. He became a direct son of David. He became a direct descendant. And now he's a son of a King. Therefore your sons, servants, shall till the land for him. You will bring in the fruits that thy master's son may have food to eat. But Mephibosheth, thy master's son, shall eat bread always at my table. This is being raised up together and made the sit together with him in heavenly places. That's chesed, brother. That's good, isn't it?

Look at that 12th verse. Mephibosheth had a young son and all that dwelled in the house of Ziba were servants unto Mephibosheth. So Mephibosheth, dwelt in Jerusalem, for he did eat continually at the Kings table. Continually. I can see it. I can see it. How does, how does this little jerk, I mean, Oh man. I mean, how's he get to sit in there? He moved me away from the table. What is this? Uh, do you see that scar on David's wrists there? Uh-huh. My daddy had one like that on his. My daddy had one on him. You see that scar on Jesus' side? Yes sir. That was the cut of the covenant and it pierced his heart. And water and blood poured out, the pure, the pure, spotless blood of God. And chesed was performed for me and for you and for every other living human being. If they could just find out about it. And that's our job.

15:22. Behold, a woman of Canaan came out of the same coast and cried unto him saying, Have chesed on me, oh Lord! Thy son of David. Have chesed on me, Christ. Has chesed on me, Messiah. Wonder where she found that out? She got it somewhere. No wonder man. But he answered her not a word. Oh, she got his attention, don't you ever, she got his attention. He already knew what he was going to do. He answered her, not a word. His disciples came and besought him saying, Send her away, shes crying after us. He answered and said, I am not sent but unto the lost sheep of the house of Israel. And she came and worshiped him saying, Lord, help me.

She already had his attention. She's called for covenant chesed. She doesn't have a covenant yet, but he knows she's going to in a few days. It's only a few days away and I happen to know something these other folk don't know cause you see I've been here a long time. Oh, I just been here a couple of years or so. I've been around a long time and he heard, son of. David, have chesed. Do chesed for me. She said, Lord, she worshiped him and Lord help me.

Now you understand why she was so determined. She knew he was Messiah. Then she knew chesed. And he answered and said, it's not right for me to take the children's bread and cast it to the dogs. And she said truth, Lord. Yet the dogs eat of the crumbs which fall from their master's table. Jesus answered and said unto her, Oh woman. Great is your faith, be it done unto you even as you will. That's chesed. And her daughter was made whole from that very hour. Are we getting there? Well then good.

Now this is very important. He was a legal begger. He was very, very much then like it would be now. If you're gonna beg there's no way. No way the authority was gonna let you sit out there in a prime spot and beg, playing blind. They checked you and make sure you were blind and they gave you your coat was your license. Everybody could see that coat and knew that if you had that coat was actually official, that you had been tested and they knew good and well, you were blind and it's good to give them to this man. It's good to give to him.

Amen, this is one of the most revealing scriptures in the Bible. He began to cry out and say, Jesus! Thou son of David have chesed on me and many charged him that he should hold his peace, but he cried to the lord great deal, Messiah, Messiah chesed, chesed. Messiah, Messiah, listen to me, chesed. God I love it. Jesus stood still. Of course he did. I'm course he did. He stood still and commanded him to be called. They called the blind man, saying unto him, be of good cheer. Good comfort rise. He calleth thee.

Look, look, look! Casting away his garment. Ah, Oh, you know what's in his heart. I don't need this thing any longer. He's gonna do, chesed for me, I know it. He's the Messiah. I know he is. I know it in my heart and I'm going to get to see him here in a few minutes. Get rid of this thing. It was the day I walk out of here with my sight. That's calling things that be not as though they were. Anyway you look at it, glory be to God. Glory be to the name of the Lord.

And look what happened. Jesus answered and said unto him, what will you that I should do unto thee. The blind man said unto him, Lord, that I might receive my sight. And Jesus said to him, go your way. Your faith has made you whole. Immediately, he received his sight. Chesed. Chesed. Son of David. Oh, son of God. Messiah. Call him that. Jesus. My Messiah. Uh, son of David have mercy on my sick baby. No, don't be saying, Just crying out for mercy. No, no, no, no. Just have mercy. That don't get it.

You gotta know what you're doing. I know you will, because you're the God of chesed. You're my God. you're the almighty God, and I call for chesed on my baby. And you watch that baby come right up. Covenant. I have a covenant with the almighty God. And Jesus of Nazareth. Jesus, the son of the living God. Jesus the Messiah is my blood brother. Glory to God. And he does chesed for my faith.