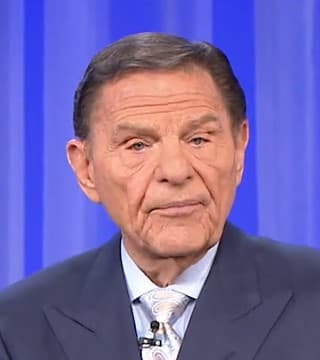 Alright, second Chronicles chapter 20, now we will begin to see here second Chronicles 20, we begin reading with the first verse, and read this very carefully. "It came to pass after this also, that the children of Moab, and the children of Ammon, and with them other beside the Ammonites, came against Jehoshaphat to battle. Then there came some that told Jehoshaphat, saying, There cometh a great multitude against thee from beyond the sea on this side Syria; and, behold, they be in Hazazontamar, which is Engedi. And Jehoshaphat feared, and set himself to seek the Lord, and proclaimed a fast throughout all Judea".

Or excuse me, all Judah. "4 And Judah gathered themselves together, to ask help of the Lord: even out of all the cities of Judah they came to seek the Lord. And Jehoshaphat stood in the congregation of Judah and Jerusalem, in the house of the Lord, before the new court, And said, O Lord God of our fathers, art not thou God in heaven? and rulest not thou over all the kingdoms of the heathen? and in thine hand is there not power and might, so that none is able to withstand thee? Art not thou our God, who didst drive out the inhabitants of this land before thy people Israel, and gavest it to the seed of Abraham thy friend"...

Now in the book of James in the King James translation, for those of you that haven't already heard me talk about this, it was translated correctly. James was said that Abraham, now we're talking covenant here. Abraham was the friend of God and "Friend" was capitalized. Now that is a blood covenant term and since people are, particularly Western minded people are completely ignorant about ancient covenant practices. You know, all the rest of them said oh well, you know, they just messed it up and put a small F there. Well, it's wrong. So go back through your Bible and put a capital F on top of it.

Now it's big. It's big here. Jesus, right at the end, after the covenant meal, that last supper, he said, I no longer call you servantss, I call you friend. He just entered into covenant with them at that supper. Amen. He just entered into covenant with them. He held that cup. First, a folded, this is Passover meal, took out the top piece of unleavened bread, put it back, took out the center, put it back, took the bottom and put it back, which had always been Abraham, Isaac, and Jacob. But this time, doing the Passover ceremony, he went back and took out that center one and he said, this is my body broken for you. Eat it.

Now you know what we're doing when we take communion, when we take that and break it. Ah. Then he took that cup and he said, all of you drink from this. Now why would he, why would you say all of you drink? He had to have Judas drink that cup. Now remember, covenant friend, Jesus even entered into what would be known as the the SOP covenant, and he gave Judas his plate for Judas to sop from it. Two forms of covenant. Now, when Judas broke that covenant and entered into a covenant for 30 pieces of silver, the scripture says he covenanted with them. Now, here's what I want you to get. When he came out there that night and kissed him, Jesus called him friend. He'd already said that during the meal. Did you hear her? Don't pay attention to her. She said, there's 40 minutes left. Judas broke the covenant, Jesus never did. Ain't that good? Praise God.

Now "Abraham thy friend forever. And they dwelt therein, and have built thee a sanctuary therein for thy name, saying, If, when evil cometh upon us, as the sword, judgment, or pestilence, or famine". Now look up the word pestilence and find out what it means. In most cases it's plague, what we're experiencing now. 'So is this judgment, Brother Copeland?' Well, it's Matthew 24. And you look up pestilence, earthquakes, pestilence, Wars, and rumors of Wars, earthquake. Look up the word pestilence right there and it is plague. Hey, come on guys. Africa just got through going through massive locusts plague. This is just part of the last of the last days. Amen. And I won't go into any more than that.

Now then... Oh, okay, let's, let's go on down to verse 10, "And now, behold, the children of Ammon and Moab and mount Seir, whom thou wouldest not let Israel invade, when they came out of the land of Egypt, but they turned from them, and destroyed them not; Behold, I say, how they reward us, to come to cast us out of thy possession, which thou hast given us to inherit". Okay. Now, verse 14, " Then Jahaziel... a Levite of the sons of Asaph, came the Spirit of the Lord in the midst of the congregation; And he said, Hearken ye, all Judah, and ye inhabitants of Jerusalem, and thou king Jehoshaphat, Thus saith the Lord unto you, Be not afraid nor dismayed by reason of this great multitude; for the battle is not yours, but God's".

That's what's happening right here in this country. This battle is not ours. It's God's. It's God's battle. "Tomorrow, you go down against them. Behold, they come up by the cliff of Ziz, and you shall find them at the end of the brook, before the wilderness of Jeruel, or Jeruel. And you shall not need to fight in this battle". I want you to underline that. I want you to make marks around it. Whatever you need to do, you shall not need to fight in this battle. Set yourselves. Stand you still, see the salvation of the Lord O Judah and Jerusalem. Fear not, nor be dismayed. Tomorrow go out against them, for the Lord will be with you. Jehoshaphat bowed his head with his face to the ground.

All Judah and a habit in Jerusalem fell before the Lord worshiping the Lord, the Levites, of the children and the Kohathites, and so forth... And stood up to praise God of Israel with a loud voice on high. They rose up early in the morning and went forth into the wilderness of Tekoa. Right where they were supposed to. As they went, Jehosaphat's stood and said, Hear, Oh Judah, you inhabitants of Jerusalem. Believe in the Lord your God, so shall you be established. Believe his prophets, so shall you prosper. When he had consulted with the people.

Now I don't know, I just glazed over that and kept thinking that God told him to put singers out there. He didn't. God had already spoken. He'd said it. They already believed it. Amen. So when he consulted with the people, he appointed singers unto the Lord, and that should praise the beauty of his holiness as they went out before the army to say, praise the Lord for his chesed endures forever. His covenant! We have covenant, his mercy, his covenant. Chesed! Look at it, look at it, look at it. And when they began to sing and praise, the Lord sent ambushment, they called for chesed. They called for covenant mercy. Glory to God. They called for our merciful God. Halleljuah.

A man said to me many, many years ago, he said, I have a hard time teaching chesed, and he said, I really don't know how to say it, but he said, I can put it this way. It's the big person in the covenant taking care of the little person in the covenant. Because when they entered covenant, they're equal. He said, the best I know. He said, I've ministered in Africa a lot. He said, this is chesed. You see a big mother elephant. Now, that'd be God. And big mama has a little calf behind her. That'd be you and me. But Hey, that's her baby. You're God's baby. You're God's child. And I don't, I don't care. Even those of that know a little, Hey, in his eyes, we're his children, we're family, and we're, we have, we are... And people...

This is a revelation of covenant that I'm sad to say that most of the body of Christ don't get when you bring it up, they get bent out of shape over it. We're joint heirs with Christ, and he's God. In our covenant in his blood brought up, he said, let this mind be in you, which was also in Christ Jesus who thought it not robbery to be called equal with God. We're not equal with him in a natural physical sense. No, not even close, but we're joint heirs. How? By the blood, by the blood. The almighty God. The El Shaddai God. Let my covenant as for me, my covenant is between me and thee. God chose to have covenant with us. Amen. And we had sense enough to accept it when we made Jesus the Lord of our life. Hallelujah. That don't set you on fire your wood's wet. Praise God. Amen.

Oh, look at that. Look at that. Look at the money down there. Why, I have never been able to figure this out. I think I know. Why would soldiers bring all their money to war? The only thing I can figure is, well, you know, they can't leave this stuff at home. You leave it at home, somebody steal it. And after all, we're the biggest expeditionary force in the known world. Who's gonna bother us? These Israelites? I don't think so. We'll wipe them out in five minutes, and go to town and just get all they have. We'll strip there, we'll strip them of everything they have and take that on next us to the next conquest. I can't come up with any other idea better than that.

God was saying, yeah, that's all right. Go ahead. My people can use that. Just take it on. Be sure and take out, Oh no, I'll get that. Be sure. No, dig that gold up out of the ground. Don't be leaving that there, somebody steal it, right? Oh yeah. I better dig it out of the ground, somebody will steal it. You know, take that with you. My folks can need that. My folks can use it, cause they're gonna call for chesed. And the moment they say chesed, the moment they say mercy endures forever, you boys have had it. And that storm of angels hit that place. Now that gives you a really, really good idea of what covenant chesed is. The big guy taking care of the little guy when he calls for him by faith. Amen.