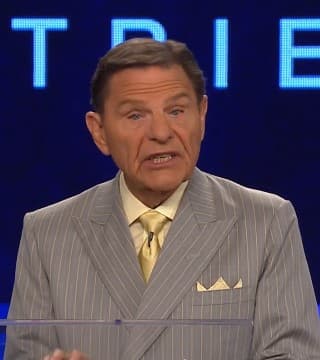 Lord, we come before the word tonight with expectant hearts, and we thank you for this word. We give you praise and honor. We thank you that the word of the living God, the source of our faith, the source of our life, the one and only source of all our prosperity, all of our lives, spirit, soul and body. I'm asking you tonight, Father, for the anointing to rise up within me, live big within me, to bring forth this word accurately tonight, and I'm asking you to move on the hearts and ears and minds of the people that they hear it equally as accurately and through these words needs are met and works of the devil are destroyed, and we give you the praise and the honor and the glory for it. In the wonderful name of Jesus, amen.

Open your Bibles with me tonight to Acts chapter one. We will be looking at several verses of scripture here at the beginning. Acts chapter 1, verse 8. Jesus is speaking. "But you shall receive power". The Greek word Dunamis. "You shall receive power". This is the same word later on in the Book of Acts, the 10th chapter, how God anointed Jesus of Nazareth with the Holy Ghost and Dunamis, power, and went about doing good healing all that were oppressed of the devil. "You shall receive power. After that, the Holy Ghost is come upon you and you shall be witnesses unto me both in Jerusalem and in all of Judea and in Samaria and unto the uttermost parts of the earth".

Now let's go to the Book of Luke chapter 3. Now remember Luke, the Holy Spirit used Luke the physician to write both the book under his name, and the Book of Acts. Luke chapter 3 verse 16. "John answered saying unto them all, 'I indeed baptize you with water, but One mightier than I cometh the latchet of whose shoes I am not worthy to unloose. He shall baptize you with the Holy Ghost and with fire, the Holy Ghost and His glory, the purging, burning fire of God'". Hallelujah. Oh, Jesse, I love it. Glory, I'll tell you, that Holy Spirit fire, Holy Ghost fire. Amen.

Now, tonight with the help of the Holy Spirit and a whole lot of grace, amen, I want to introduce you to the Spirit of power, power Himself. Glory to God. "He was moving on the face of the deep waters". He was moving. You know something, He's always moving. This is the Holy Ghost and glory. This is the Holy Ghost and fire. Holy Ghost power moving on the face of the deep. And God said, 'Light be light was.' That's not talking about sunlight, no, no, no. You come down verse 15 or 16, "God made two great lights, the greater light to rule the day, and the lesser light to rule the night. And He made the stars also and God set them in the firmament". The 18th verse, "Rule over the day and over the night divide light from darkness and God saw that it was good. And the evening and the morning were the fourth day". This was the first day. This was the first second.

Now in 24 hours I kept checking and checking different resources for this, and I finally got a source where it really, really accurate. At the end of the first 24 hours, there was 16 billion, 94 million, 764,800 miles of universe in one little 24 hour period, and it's been expanding at the same rate ever since. Glory to God. It is almost unfathomable, what's out there from one statement, light be. Over 16 billion miles in 24 hours, that's the God that's planning your life.

This week we will be, like I said with God's help, developing a God inside me now consciousness, renewing the mind to become God inside minded. Most Christian people are not. People agree that He's in there, and they agree that all the things that I've just said. But still the awareness that He is in here, He really is in here, He really, really, really is. It's that same God and He's really, really in here. Hallelujah. My goodness with somebody like that living on the inside of your body 120 years is a snap. Without Him, forget it, but we're not without Him. But it's time to develop that He's in here. Oh, we're going to see some scriptures that just, oh my goodness, just thrill you through and through. Glory to God.

Now then, let's look in the 14th chapter of John's gospel. John chapter 14 and look at the 16th verse. "I will pray the Father and He shall give you another comforter that He may abide with you forever," forever, forever. This same God, forever, the Alpha and the Omega, the beginning, the end, the high and the low, forever. It has absolutely nothing to do with how you or I feel about it one way or the nother. He said, I'm here forever. Glory to God. Now look at this, "That even the spirit of truth whom the world cannot receive because they seeth Him not". They can't see him. Neither knows him, but you know Him. "For He dwells with you and He shall be in you".

In verse 12, "Verily, verily I say unto you, He that believeth on me, the works that I do shall he do also. And greater works than these shall he do because I go to my Father". This was startling information. Now, there's been a lot of discussion and talk about that. I want to show you from the Book of Ephesians what the Holy Spirit has to say about the greater works. Would you like to see that? In Ephesians chapter 3 beginning with the 14th verse, "For this cause, I bow my knees under the Father of our Lord Jesus Christ. Of whom? Of the father, the whole family, in heaven and earth is named. That He would grant you according to the riches of His glory to be strengthened with might by His spirit in the inner man".

Did you hear that? He said to be able to comprehend, to understand. Actually that word there is more than just understanding. It's more like working knowledge. Everybody in this building understands how to go buy an airline ticket and get it. You may not want to do that, but you know how. You have basic understanding of that. You can go buy an airline ticket and go wherever they're going. But there is an understanding that's a step higher than that, and those of us that have been trained how to fly the airplane, there is more understanding there than just getting a ticket and riding on it. And so this is that way. It's a step beyond just having this kind of a basic understanding. No, it's to know. It's to know. That word ginosko is the same word that is used, and a man knew his wife intimately, intimate relationship with.

So now we're getting somewhere here now. Oh, glory to God. To be able to comprehend, have working knowledge with all the saints, the breadth, the length, the depth, the height, and to know the love of Christ, which passes knowledge. Why? That you might be filled with all the fullness of God. Fullness, say fullness. Filled with all the fullness of God. God inside minded to the full, to the full, full, filled with God. Not just having had an experience, but God inside consciousness. Hallelujah. "Now unto Him". Here it is. Here it is. We're talking about the Jesus said, "Greater works than these shall He do because I'm going to the Father. I'm going to send Him and He's going to come, and He's going to dwell you in fullness, and dwell you in fullness, to Him that is able to do exceeding abundantly, above all that we ask or think".

I can read, and I can study the miracles of Jesus. You go through Matthew, Mark, Luke, and John, 19 individual examples of people that were healed. And then you read other incidences where He not only healed, but He raised Lazarus from the dead. Glory to God. The way He'd raised Jairus's daughter from the dead. Hallelujah. Amen. I can ask or think that. That's not beyond what I can ask or think. I've experienced a small part of that. I've experienced the dead raised twice. Amen. I can ask or think that, but look what He said. Look, look, these are greater work. This is the greater work right here. "Exceeding abundantly above all that we ask or think according to the denomish that worketh in us".

Folks, it's coming. There are signs and wonders and miracles coming that this planet hasn't seen in fullness before. It has never seen them. Jesus started it and we're at the finish. It's coming, greater miracles than what happened. Praise God. When Moses stood in front of Pharaoh. I can ask or think that. Amen. Some great marvelous thing happens. Well, after it's happened, I can ask or think that, so it's going to continue to increase, and continue to increase, and continue to increase. I want you to know those of us that will let and allow God to develop this on the inside of us and come to a place where we have a God inside me right now, consciousness. He is in me. He is walking in me. He is operating inside me. He's working through me. He's working in and out, and in and out, and out and in, and around. Hallelujah. Stop limiting the God of glory. Hallelujah.

I'm excited about it as you can tell you because I'll tell you, I believe with every fiber of my being that we are so close. We are so close. Hey, come on. We're not waiting on God. He's been waiting on us all this time to finally get with the program. Amen. Hallelujah. Now what will that do? Verse 21 "Unto Him be glory in the church by Christ Jesus throughout all ages world without end. Amen. So be it". It's not all that often that the great apostle puts a, "So be it," at the end of statement, but he said this. I'll tell you that's huge. That is just absolutely huge. And He said, "It will be. Amen". Say it with me: so be it. Hallelujah. Hallelujah. That's why God said, "light be". The apostle Bill, Paul said, "Okay, so be it". Glory to God.