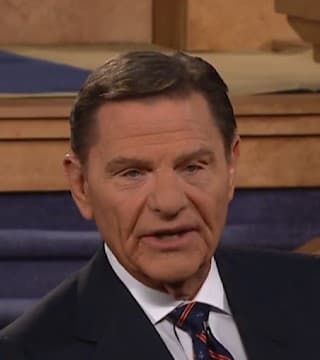 Let's open our Bibles again this evening to Mark chapter 11. We started at the beginning of the week talking about the fundamentals of faith. And this is the golden text for the sessions that I have been privileged to minister. Mark 11:2, Jesus answering, "Saith unto them, have faith in God," because reference says, have the faith of God. For verily I say unto you, that whosoever shall say unto this mountain be thou removed and be thou cast into the sea. And shall not doubt in his heart, but shall believe that those things which he said should come to pass. He shall have whatsoever he saith. Therefore, I say unto you, what things soever you desire when you pray, believe that you receive them and you shall have them. And, when you stand, pray and forgive, if you have aught against any, that your father also which is in heaven may forgive you your trespasses.

Now, in studying the fundamentals of faith we pointed out the fact that in the fundamentals, number one, you believe it in your heart. We're talking about the word now you understand. Not just anything you want to make up and believe. You believe in your heart, then you say it of the heart that the inner man, the spirit man, the foreveryou. Not the temporary you, the forever you. Amen. And we found out the 2nd Corinthians 4:13 the scripture says, "We have believe therefore have we spoken". Romans 10:10, "For with the heart man believeth unto righteousness and with the mouth confession is made unto salvation".

And then, the second point on the fundamentals of faith is you believe it in your heart you say it with your mouth and then you act on your faith. In the book of James we found to be a doer of the word and not a hearer only, deceiving our own selves. And then in the second chapter 14th through 17th verse, we found out that faith without words or faith without corresponding action is dead. It doesn't have anywhere to go without action that corresponds to what you believe in your heart and you say with your mouth. I heard brother Hagin say this a number of times, I mentioned it earlier in the week, that is just simply acting as though the Bible is really true. You live and you talk and you think all the time as if the Bible is really true and it is really speaking to you. Amen.

Let me say this to you right now. I want to impress you with the fact, in the beginning was the word. The word was with God and the word was God. What I am honored and privileged to hold in my hand tonight and what you are so blessed, if you're like me you probably got not just in your phone either, you probably got four, five translations. We've got Bibles all over our house. There's just shelves full of them. Different translations, different ones and you know I like the iPad and iPhone and all that but I like some paper. It just doesn't seem right to me that my great-great-grandchildren would come in one day and say, "Oh, look what I found. I found Pawpaw's iPad". Are you kidding me? Ain't nobody care nothing about Pawpaw's iPad. But if you find Pawpaw's Bible, see that's a treasure. Amen.

Well, here's what I want to say to you. This is just as much a manifestation of God in this earth as the Father, the Son and the Holy Ghost. This is a manifestation of God himself. Amen. thank you Lord Jesus. All right, so, we found out that the woman with Lord Jesus. All right, so, we found out that the woman with the issue of blood, she heard now we know she heard the word because faith came. She heard of Jesus. She said, remember what she said? "If I but touch His clothes, I will be home". She believed it in her heart. She said it with her mouth but that wasn't the end of it. She got out in that street and it had to have been faith that had come to a climax in her strong enough to pull her sick, bleeding body out into that street. Risking her whole life. She knows she's risking her life. She knows it's illegal for her to be out there.

I remember back when I was part of the flight crew of brother Robert's airplane and we went to Detroit. Large meeting there at Cobalt Hall and oh man, I'm blessed now to have been flying with him. It finally dawned on my lightening fast mind that Oral Roberts can't get out of town without me. 'Cause I'm flying the right seat of that airplane. Here we are, I'm in meeting after meeting, I'm seeing all kinds of miracles and I'm just, and I'm listening to brother Hagin's tapes, I'm watching brother Roberts use his faith and I'm listening to brother Hagin tell me what's going on. Man I'm telling you, I was so high on the Word of God, just night and day. Gloria and I listen to it, we go to bed at night, we still do. Listen to brother Hagin. Only now he's in my phone. But anyway, I got to tell you this.

This was, I don't know, this some months ago. This particular night, we were watching a video of brother Hagin on my iPad, have the iPad stuck up there in the middle of the bed and she and I were watching it and it was right at the end of the message and he started to give an invitation. Well I leaned over there to kiss Gloria goodnight, she said, "Not in front of brother Hagin". She just cracks me up. She keeps me laughing all the time. Glory to God. Thank you Jesus.

And got happy over a pair of socks. I got them. Now you talk about exciting. The socks came in. That's big. Faith socks. That's the only pair I wanted to wear. Faith socks. Jerry Savelle was having to believe for clothes. I mean really, all he had, all he had was his uniform that said, Jerry's Paint and Body. That's all the clothes he had, man. And so when we went on the road, he had one coat and a pair of slacks and he would swap the coat and the slacks and back and forth. He did not have any clothes. My dad came to him, he said "You think Jerry would mind if I buy him a suit"? And I said, "No, I don't think he'd mind at all". I said, "I wish you'd go by him a suit". Then dad bought him a suit.

Well, and he began, the clothes began to come in. He started he started sewing them. He started sewing clothes and he started giving. When he didn't hardly have enough to wear himself, he started sewing. Now, I don't remember the details behind this, but some years later, a major manufacturing company sent Jerry Savelle 1.500 pairs of breeches. He outfit, I don't remember but there was a hog truck load of stuff. Well man, he's outfitting the guys in his Bible school in Africa. He's outfitting people all over the place. Amen. And I've said for years, I don't want to get out without my Bible. I'd rather go out without my breeches than out without my Bible. I can take my Bible and get to some breeches. Amen. Hallelujah.

Now, the fundamentals of faith work. We know that. But now, there are some fundamental hindrances to faith. Now, the number one hindrance to faith is an unforgiving heart. I heard brother Hagin again, brother Hagin say this. You can go through Matthew, Mark, Luke and John and we're going to talk tonight about several things that are great hindrances to faith. But the only one that Jesus specifically talked about was unforgiveness. Unforgiveness. But then course that goes to the root because faith works by love. No love, no faith. You remember, therefore it is of faith so that it might be by grace. Not the other way around. It is by faith, Romans 4:16, therefore it is a faith that it might be by grace to the end the promise might be sure for all to see. No love, no faith. No faith, no grace.

Uh oh. You don't ever want to be without grace. Oh. You need the grace working in you all the time. Working around you all the time. It needs to be in place and working 24 hours a days, seven days a week, 12 months out of the year. Glory to God. Hallelujah. But now we're going to look at tonight, some hindrances to faith. One of them, I would list this one right up there along with unforgiveness, a major hindrance to faith is a lack of understanding or rather let me put it this way, a lack of working knowledge that you are a new creature. Not just agreeing that the Bible says you're a new creature but to be aware of the fact that you are not the same old person.

Now this is speaking about the inner man. The spirit. You are a spirit. You have a soul and you live in a physical body. Your spirit being. The real you. The eternal you. You are never going to die. Be very careful where the word death concerned concerning the Bible. The dictionary's definition of death is completely incorrect in the light of the Bible. God is a spirit. Amen? He is a spirit. Now, He is the one, He is the one. We read Mark 11:22, 23, 24 and 25. He has given us the honor and the privilege of being able to use His faith and do things the way He does them. This is the way He created everything was by speaking it into existence. Hallelujah. And the scripture said, "He has dealt unto us the measure of faith".

We have a measure of the same faith in us that put the stars into the heavens. Glory to God. Glory be to God. Hallelujah. Same measure, it's exactly the same faith. Well see, we can do these things because we are born in the God class. You are not and I are not born in the animal class, we're born in the God class. So that when you get born again, hallelujah, you become a joint heir with Jesus. But not thinking like that. Death unless the Bible is specifically speaking about somebody dying physically, is talking about spiritual death. Spiritual death is to be disconnected from life. Disconnected from God. God told Adam, "The day you eat of that tree you will die".

Well the day he ate of that tree, he died. His body didn't die for over 900 years later. Took the devil that long, teach him how to talk death. He didn't know how to die. No spirit that's been released into this earth will ever cease to exist. Forever. Now where you exist is your choice. Thank you Lord. Amen. You have to remember these things now as we study this, any man be in Christ, he's a new creature. He's a new creation. Old things are passed away but behold hold all things you become new and all things are of God. Who hath reconciled us to Himself by Jesus Christ the anointed and had given to us the ministry of reconciliation.