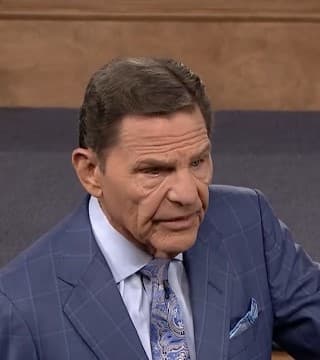 Open your bibles with me please to the book of Luke chapter 4. Now, here's something that I want to show you before we even begin concerning the gospel. Yes, yeah. Yes sir. I'll go ahead and do it right now. Hold your place there, but turn over to the book of Galatians and look in the third chapter of the book of Galatians. There is a profound statement here. In fact, it is THE gospel. It's the gospel of the whole Bible I went through and underlined in red everywhere it said "Gospel" and wrote this scripture out beside it. Verse eight chapter three. Galatians, "The scripture in the beginning was the Word. The word was with God and the word was God".

Your Bible is God. Speaking to you, right? The scripture foreseeing that God would justify the heathen through faith, the Scripture God preached before the Gospel unto Abraham saying, in thee shall all nations be blessed. Oh my brother and sister that's the gospel. That's the gospel. That curse is gone. Been killed by the power of the living God in the resurrected Lord, Jesus. Now, then let's go back over to Luke 4. Say, the Gospel, the blessing of the law. So Luke 4:18, soon as I get back over there. Verse 16, "Jesus came to Nazareth where he had been brought up as his custom was, he went into the synagogue on the Sabbath Day and stood up for to read. There was delivered unto him the book of the Prophet Isaiah when he had opened the book", now notice, he opened it at a specific scripture.

What you and I know as the 61st chapter of the book of Isaiah, he found the place where it was written. "The spirit of the Lord is upon me because he has anointed me to preach the gospel to the poor". Woah. Now we know what he was preaching and we know why it went so crosswise with with the religious leaders of the day. Now I want to point out something to you. These were not bad people. These people are serving God, particularly the Pharisee. I mean, they really had it right. They believed in the resurrection the Sadducees didn't, but they believed in the resurrection. They're not bad people, but this thing, this one, just gone crosswise of what they preached. They preached the Curse. That's all they knew. Are you listening?

Now, back there at the very beginning of this ministry, when Gloria and I saw Romans 13:8, "Owe no man anything but to love him," that wasn't even talking about money. I didn't know at that time you can't build a revelation in a doctrine on one verse or scripture. But boy that got my attention and got Gloria's attention. We didn't understand that. Then...

we had to come back home. We were there in Tulsa. I was a student there at ORU and we had come home to preach there in our home church, the Grace Temple. And I'm just studying from reading the Bible, for my evening service. And I'm walking around and, and just had my Bible in my hand in a read down through there. "Owe no, man, anything..." What? Oh, I'll, I'll get to amplified. It said, "Stay out of debt". My feathers fell. There went my airplane just right out the door. I said, "Gloria"! She came in there. I'm still standing there in the middle of the bedroom and my dad's house. What had been my bedroom when I lived at home. I'm just still standing there. You have a finger on it. I said, look at this. And her face fell there went her house. I said, "What are we going to do"? She put her finger on that verse, she said, I mean she looked at me and she looked at me with fire in her eyes, "If that's what the book says, that's what we're gonna do". I said, "Yes, ma'am". Here we go. Didn't have a clue. Amen.

Now, here's what we learned. If you go into the curse of the law, you will find debt under the curse. And when we got hold of that, man, i thought, "Glory to God". So now, now I have solid foundation on which to stand because I've got more than more than one witness, two or three witnesses, and it's established then in our lives. And we found out that the curse is threefold. Spiritual death, poverty, which would include debt. When you understand literally what it's saying here, "You will lend to many and borrow from none in the blessing. You will be the head and not the tail". Amen. But under the curse it's just reversed. You will be the tail and not the head. Amen.

So the blessing is threefold. Number one, eternal life. Number two, healing and deliverance. And number three, prosperity and a debt free life. And according to Second Corinthians, chapter nine, your heavenly father and your and my savior, our high priest, the reciver of our tithe, our Melchizedek, does not want any born again human being in debt and obligated to anybody but Him. Whoa, Hallelujah! And he then is responsible and has provided it for the receiving. And it lays right in there what Jerry's talking about this morning. It's seed time and harvest and it's the way you measure it. Glory to God. Thank you Lord, Jesus.

And I questioned the Lord. This didn't make sense to me. I said, "Uh, doctors are wonderful and you're all for medical science". I mean, God invented that, people didn't. Amen. I said, "Well, why is it so out of line to go to a banker"? Man like that He answered me. He said, "Kenneth, you don't have to enter covenant when you go to a doctor, but you have to bow your knee to somebody". And it didn't look all that bad back in the days of the small banks and like Mr. McCanless, who was president of the State Bank of East Fort Worth and my dad banked, there, wonderful Christian man, and uh, was really good to me. But those days are gone for the most part.

The big conglomerate banks are in position now and you don't know... See, when you enter into covenant with somebody, when you enter covenant with somebody, I'm talking about in the spirit, I don't care who they are. And you've entered into that covenant in order to receive something from them, received money. Now spiritually you have joined yourself, not only to that person, but to the spirits in his life. I know of a situation. I know of it personally. A pastor of a large church. Owed money to the mafia and they were about to break his legs because the church couldn't pay it. Well there's no way that church is going to prosper financially. You've connected yourself to something. And they were coming after him.

And if it hadn't been for a very close friend they would've hurt him really bad. It sure got quiet in this church house. But! God delivered him. God delivered him. Hallelujah. And when he went home to be with the Lord, Glory to God, he was in good shape spiritually. Amen. Now then I wanted you to see that because of understanding the laws of the spirit. This thing is bigger spiritually than it can possibly be naturally and everything we do or say, everything any human being does or says has spiritual complications. It has spiritual results.

Nobody is sovereign unto himself or herself. Can't be. There's not God, the devil and then you. It don't work like that. You have never in your existence had an original thought. No. That thought has been thought. 16,229 he made a million trillion times over the last five years. No. Amen. All right. Different stages of responsibility are involved also. Well, that's not my message, but the Lord plugged that in there and it's very important. Now let's go back where we were. And he closed the book and it gave it again to the minister and sat down and the eyes of all them that were in the syno... Wait a minute. Yeah, thank you Lord. Um, I, I need to mention industry. Don't get under condemnation cause you got debt. Laugh at it. Yeah. You're gone. No, don't begin to confess.

Oh, thank God I'm on my way to be in debt free. No, no, you're not on your way to being debt free. By faith you're debt free now. Yeah. And you started confessing that get up in the morning. Glory to God its good to be debt free. Oh, I remember what it was like to have people hounding me for money. No more, no more. Hallelujah. I'm redeemed from the curse of debt in the name of Jesus. And I'll never be in debt again here after forever in my life. Sayeth the Lord. Hallelujah. Thank you Jesus. Thank you Lord.

"He closed the book, gave it again to the minister and sat down. The eyes of all them that were in the synagogue were fastened on him and he began to say," now this simply means he preached a message on this scripture. Now we can prove by the Bible that he preached. He took this text and preached it every where He went and we'll see that later on.