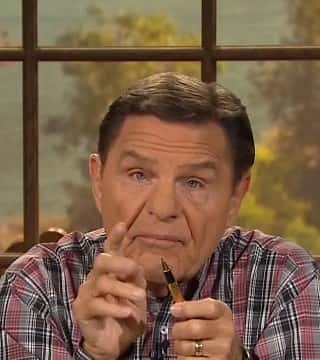 Father, we thank You for the Word today. We are so blessed to be in Your presence, and we praise You and thank You in Jesus' name. Amen.

These messages I spoke May the 4th, 2017, at Faith Tabernacle, Canaanland, Nigeria. Praise the Lord. This is a Ministers' Conference and I speak there every year. This year, the theme was "Built to Last". So I want you to, I really want you to listen carefully and hear the anointing that's in these meetings. There were over 4,000 pastors and ministers in that room. And they pastor some of the biggest churches on earth. And it's amazing the thing that came out of this meeting. So, hey, you're going to enjoy this.

"Built to Last". Anything, any building, any house, even the kingdom of God is totally, absolutely dependent on its foundation, amen, especially every ministry. I want you to get this now. The larger the building, the longer it takes to build the foundation. I've been in this ministry 50 years. I've actually been in the ministry for about 54 years. And I am just now at the place that God designed for me to be. 50 years of foundation building. Amen. "Built to Last" depends entirely upon the foundation upon which your ministry rests. Amen? All right.

Let's read from Matthew's gospel, Chapter 16, beginning with the 13th verse. "When Jesus came into the coasts of Caesarea Philippi, he asked his disciples, saying, Whom do men say that I the Son of man am? They said, Some say that you're John the Baptist: some, Elias; others, Jeremias, or one of the prophets. He saith unto them, But whom say ye that I am? Simon Peter answered and said, Thou art the Christ, the Son of the living God". Now, listen very carefully. Look at this very carefully. "Jesus answered and said unto him, Blessed are you, Simon Barjona: for flesh and blood hath not revealed it unto thee, but my Father which is in heaven".

Look at that again. "Blessed are you, Simon Barjona: for flesh and blood hath not revealed it unto thee, but my Father which is in heaven. And I say also unto thee, That thou art Peter, and upon this rock I will build my church". Do you see foundation there? "On this rock". You don't have a foundation unless it's built on solid rock. We know what Jesus said. He said, "The man that's wise builds on the rock. The man that's a fool builds on sand". Say it, "The man that is wise builds on the rock. The fool builds on sand". Amen. What is ministry sand? Ministry sand, loose foundation, is a ministry that's built on personality, a ministry that's built on performance. Amen.

Now, we'll see right here what the rock upon which the church is built actually is. And most people misunderstand that. Some even believe that Jesus was saying He was going to build the rock on Simon Barjona, Peter. Now, the Church wasn't built on Peter. No, no. "Blessed are you, Simon Barjona: for flesh and blood have not revealed it unto thee, but my Father which is in heaven. And I say also unto thee, That you are Peter, and upon this rock I will build my church; and the gates of hell shall not prevail against it". The rock that Jesus is referring to here is the mighty rock of revealed knowledge of His Word. Hallelujah. Ooh, phew. Hallelujah.

I done preached myself happy. You got the joy this morning? Woo! I've got the joy of the Lord. And, you know, hey, the joy of the Lord is your strength but not if you don't have a revelation. Amen. Revealed knowledge. What is revealed or revelation knowledge? You are a spirit. You don't have a spirit, you are a spirit being. You have in your spirit a soul. Your spirit and your soul are not the same thing. If we had time, we'd go through the New Testament and then prove that to you. The Apostle Paul said, "I pray that you may be made whole, spirit and soul and body," you and your soul. Your soul is made up of your will, your mind, and your emotions. You and your soul live in a flesh, blood, and bone body. It's the spirit you that was born again.

Now, listen to me very carefully here. "We are born again, not of corruptible seed, but by the word of God, which liveth and abideth for ever". Amen. Your spiritual DNA is exactly like Jesus. You are not a forgiven sinner. You're a born-again, new creature, new species of being that never existed before the moment you said, "Jesus, come into my life," that very same thing that happened to little Virgin Mary. What happened to her? The Holy Ghost came and hovered over her. God sent His messenger, Gabriel, into her presence. And Gabriel preached to her the Word of God. Those words straight from the throne of God became the very seed in her womb. And the Spirit of God came and He hovered over her.

Isn't it precious? And there was conceived in her this holy thing. Ah, but when you heard the Word, you heard it preached under the anointing or you heard someone tell you about Jesus. Amen. That Word went into your heart and the Spirit of God hovered over you. Ha-ha-ha-ha. And in your inner being was born a new person, a new man, a new woman. Hallelujah. It makes you want to shout, doesn't it? Yes! Ha-ha-ha. Glory to God. Amen. Now, while I was speaking those things under the anointing of the Spirit of God, you were receiving revelation of what happened to you. Amen? Yeah, you were seeing it. That's revealed knowledge. Isn't it wonderful?

See, let's say over in the university, in educational institutions, a professor stands before the class and teaches, which is proper. This is good. And he may have a textbook. It may be in an engineering class. Beginning students in engineering course are going to get a large dose of mathematics. I mean, just, it's coming. Well, those are tried and true laws of physics. But when we are just working in the natural being, then the instructor, the professor, is teaching. Now, of course, in Covenant University, the instructors and the students are in Holy Spirit environment. But let's say we just go to a secular university and we have a man or a woman that's standing in front of the class who's been taught and trained and certified to teach mathematics.

Now we have, you know, whether they're born-again or not, standing in front of a class, whether the student is born-again or not, listening to the class, natural education, natural teaching, natural learning. Now, what kind of a problem do we have here? Well, the ability of the student, the intellectual ability of a student, the intellectual ability of the teacher. And that's about all we have in play here. Ah-ha, but when the Holy Spirit is the teacher, whoa-ho-ho-ho-ho-ho-ho, changes everything because we're talking about the Spirit of God revealing to your spirit what He meant when He wrote in the Book, the author of the covenant itself. Amen? The Word is a living being.

Let me show you something. This is just as much a manifestation of God in the earth as the Father, the Son, and the Holy Ghost, this right here, His Word. His Word is His bond. He cannot lie. And this Word is a blood-sworn, blood-backed oath and covenant. My, Lord. When Jesus said, "Seek ye first the kingdom of God, and his righteousness; and all these things shall be added to you," that is a blood-backed, sworn oath. That's not just words. This is not just a textbook. You've seen it yourself, a scripture you've read so many times. I had read this so many times, "On this rock I'll build my church," and I thought, "Why is He going to build his church on Peter? I don't", you know? And the Greek word "peter" means rock.

Well, but one day I'm reading the same verse, and all of a sudden, I saw it. Amen? And there's been times, I know this has happened to you, where you've been sitting in a service and someone is teaching, particularly teaching, and Jesus did more teaching than He did anything else. "And faith cometh by hearing, and hearing by the Word of God". But faith doesn't come just by hearing it. Faith comes when revelation is born. Amen. Ha-ha-ha-ha. And you've seen it. Somebody'd say, "Whoa! Did you see that"? "What? I didn't see anything". See, one person heard it with the spiritual ear. The other person heard it with the natural ear. Amen. That's revealed knowledge.