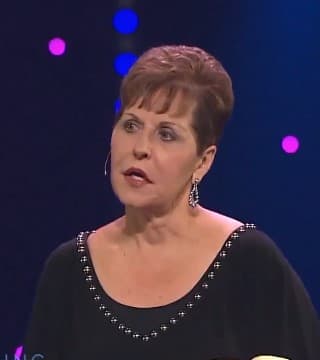 Now, today I'm gonna talk to you about how your words affect your future. In Isaiah chapter 6, beginning in verse 1, it says, "In the year that king Uzziah died, in a vision I saw the Lord sitting on a throne, high and lifted up, and the skirts of His train filled the most holy part of the temple".

Now, it looks like a pretty awesome event, doesn't it? Angels and the glory filling the temple and smoke and angels crying out "Holy, holy, holy". "And then said I, woe is me! For I am undone and ruined, because I am a man of unclean lips, and I dwell in the midst of a people of unclean lips; for mine eyes have seen the King, the Lord of hosts!"

I love that, that when Isaiah was in that awesome presence of God, the one major thing that he was convicted of was that he was a man of unclean lips; that he said a lot of things that he shouldn't be saying. And I believe that we should have more conviction in that area probably than what most of us do, and the only way that's gonna happen is by hearing teaching like this and studying ourselves in this area so we realize how important words are.

God created everything that we see with words. Words have creative power, but they can also carry destructive power.

"Then flew one of the Seraphim the heavenly beings to me, having a live coal in his hand with which he had taken with tongs from off the altar; and with it he touched my mouth and said, behold, this has touched your lips; your iniquity and guilt are taken away, and your sin is completely atoned for and forgiven".

Is anybody here today glad that even when we recognize sin in our life, that God can come and cleanse us from that? So there are times, probably several times a year, when I'm praying about my mouth and I will say, "God, send one of those angels from your altar with a coal of fire and cleanse my lips, forgive my iniquity, and give me a fresh start".

"And also I heard the voice of the Lord, saying, whom shall I send? And who will go for us? And then I said, here am I; send me".

I remember even when I was still in my denominational church that I went to for a long time, we had mission Sunday once a year and they would talk about missionaries and sing mission songs and before I ever really fully realized, long time before I realized that there was a call of God on my life, I remember lifting up my heart to God on mission Sunday, and saying, "Here I am, God. Send me. Send me".

I wanted to do something for God, but He definitely had to do a work in my mouth before I was able to do it. "Here am I. Send me". Verse 9, "And he said, go and tell this people".

Now, what I get out of that is Isaiah was being called as a prophet and he was gonna be speaking to a lot of people. God said, "Whom shall I send," and Isaiah wanted to go. But when he came into the presence of God, the one thing that had to happen was his mouth had to be cleansed before he could go and use it in God's service.

And I want you to take this seriously today, because many of you have a call of God on your life. It may be to do some kind of public speaking. It may be to carry a strong anointing and be a witness in your school, in your neighborhood. But we all have the call of God on our life.

Everyone who is a christian is anointed with the Holy Spirit, and that means you're set apart for a special purpose. You're not your own. You belong to God. You've been bought with a price. Amen. God needs you, but we have to get rid of the mixture in our lives.

My words have to be anointed, and my words are not going to be anointed if I'm trying to preach the Word of God when I'm in public, but behind closed doors at home I'm using my mouth for a lot of other ungodly purposes.

So I am pleading with you today to take this seriously, because God needs you, He wants to use you, He wants to increase the anointing, the power of the Holy Spirit on your life, but you need to cooperate with Him.