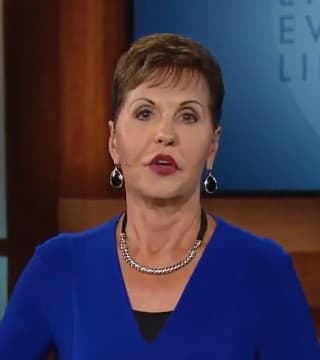 As I've been saying, this is probably like the go-to Psalm in the Bible. When people are hurting, they go to Psalm 23. "The Lord is my Shepherd". Made a point last night that He's my Shepherd.

When you look at it, you need to think, "He is my Shepherd," not just a shepherd, but the Lord is your Shepherd. He wants a personal, intimate relationship with you. "I shall not lack".

That doesn't mean that you're going to have everything you want the moment that you want it all the time, but it means that even while you're waiting for the things you want God to do, you can be content.

Contentment is great. "He makes me lie down in fresh, tender, green pastures". If you won't do it on your own, He'll be happy to make you. "He leads me beside the still and the restful waters".

That's talking about entering the rest of God, it's just absolutely the most wonderful place to be in. "He refreshes and restores my life, myself, or my soul".

And we talked about the soul being our mind, our will, and our emotions, and how God has to work in those areas, and how He changes us and loves us into wholeness, but how that also requires us receiving correction from God, and how we respond to that correction a lot of times in not such a great way.

Now, I'm making a lot of analogies about sheep, Jesus being the Shepherd and us being the sheep. And there are some sheep facts that are kind of interesting.

Number one, they don't instinctively take care of themselves like many other animals do, so they constantly need a caretaker. They're wanderers, they wander out of the place where they're going to be the safest if they don't have a good shepherd to keep bringing them back.

They're actually not very intelligent. They're considered to be kind of dumb and they get cast down, and we see that word in the Psalms. David said, "Why so cast down, o my soul"? And when a sheep is cast down, it has gotten rolled over on its back and can't get up without some help.

And then sometimes, they get too much wool and they have to be sheared. And so, that's kind of where we're at when we stopped this morning. Now tonight, I have one thing that I want to get across to you. And if it takes me the whole hour that I'll teach to do that, so be it, but I want you to leave here with one thing tonight.

I was going to go in some other areas, but I'm saving all the rest of it for tomorrow. "He leads me in the paths of righteousness (uprightness and right standing with Him, not because I've earned it but) for His namesake".

Now, let me just say a word about righteousness and right standing with God. Most of us spend most of our life feeling bad about ourselves, feeling guilty and condemned, ashamed, and like there's something wrong with us.

An apple tree can only make apples because God has made it an apple tree. And so, it's foolish to teach people to behave right if they've not first received the righteousness of God through Christ.

That's why just what I refer to as religion, and I don't mean to be rude by that, but when I talk about religion, I'm talking about just following rules and regulations, and going through formulas that really have no life and no power in them.

Just keeping laws that you think are going to please God, when really Jesus didn't die so we could all have our own little brand of religion, He died so we could have an intimate, personal relationship with God through Him.

When Jesus died on the cross, the thick that was in the temple that separated the holy place from the most holy place was ripped from the top to the bottom at the moment that Jesus died. Why not from the bottom up?

There was a point being made, it was too tall for man to reach it. It being ripped from the top to the bottom was clear indication that God was opening up the way now for the common, ordinary, everyday person to enter into the holy presence of God and have fellowship with Him.

So, you've been invited into intimacy with God. That's what it means to be born again. If you've never received Christ as your Savior, at the close of this message tonight, we're going to give you an opportunity to do that.