Joyce Meyer - Love God, Yourself And Others As You Live By Grace 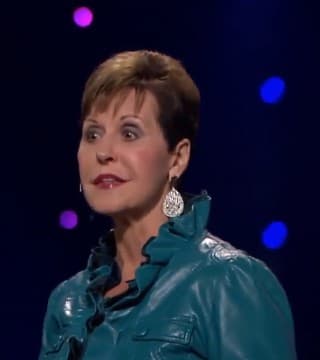 Love is not something that God is even able to turn on and off like we do. You see, love is not even really something God does. It's who He is. Love, it's actually the answer to finding our self-worth.

Everybody in the world just wants to be valuable. We just want to know that we matter. We want to know that we mean something to somebody. And sadly, if people don't get a good start in life, they can waste, yes, I said waste, their whole entire life searching for self-worth, and they look for it in all the wrong places, in what they do, the people they know, the label in their clothes, how they look.

Very often it's what kind of work that people do. They think that they're valuable if they can be the president or have their name on an office door, but they feel like they have no value if maybe they do some kind of a menial job.

The thing we have to understand that our worth and value is not and never can be in any of that. Maybe we look more valuable to the world, but not to God.

And when push comes to shove, when all this is over, there's only gonna be God, and we need to be a little more concerned about His principles and what He has to say about us than we are the people that are rapidly passing through our lives.

Do you know that many of the people, most of the people other than maybe a marriage or your children, that you are involved with right now, there's a good possibility that 10 years from now they won't even be "Well, I'm not really comfortable with change".

Well, too bad 'cause it's happening all the time. I mean there are people that I thought would always be a part of my life and always maybe work in the ministry, people that we started with. And they're just not there anymore and new people come along, and we learn how to trust God with that.

But when you get your worth and value in what people think of you and whether they applaud you or don't applaud you, we're making a big mistake when we do that because it derails our destiny.

The Apostle Paul said, and it's recorded in Galatians 1:10, "If I were trying to be popular with people, I would not right now be an Apostle of the Lord Jesus Christ".

And I can tell you if I was trying to be popular with people, I would not be doing what I'm doing today because when I made the decision to follow the call of God on my life, I was very unpopular and very rejected.

I was asked to leave my church. I lost all my friends. Family members came against us. It's not always easy to do what God is asking you to do, but in the long run, it's the only thing that works long term.

The Apostle Paul talks very openly in Philippians chapter 3 and he said, "Look, if anybody had a reason to rely on the flesh, I had one greater than all of you". He said, "I was highly educated, not just a pharisee, but a pharisee of the pharisees. I was in the right group. I had money. I had influence. I knew all the right people". And yet Paul said, "I would get rid of all of it and I consider it all trash and rubbish compared to the priceless privilege of knowing Him and being found and known as in Him".

I'm gonna tell you why you're worth something and worth just as much as anybody else on the planet because God loves you and because He sent His only Son to die for you. And if you would have been the only person on the earth, He would have still done the same thing.