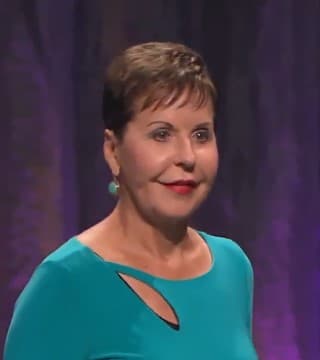 Everybody has emotions. Well, at least, most people do. Some people you think could use having a few more but we're gonna start with the people who just have an abundance of them and they tend to be led and guided by them, rather than being guided by the Spirit. So our emotions do not tell us the truth. They tell us how we feel. Your mind doesn't necessarily tell you the truth unless it's been totally renewed by the Word of God. Your mind and my mind tells us what we think.

And so probably more than anything else, people tell me and they tell you and when you're talking to each other you talk about and I talk about what we want, what we think, and how we feel. Well, interestingly enough, all of that, unless it's closely guided by the Holy Spirit, is part of what the Bible calls "The flesh".

Now, we improve in those areas the more we study the word and the more we learn to walk according to the word, but I can tell you even after being in church many, many years, back in the '70s when I got into what I call a more serious relationship with God, and I love to talk about that because, to be honest, you can be a christian and you can go to church a couple of times a week and you might read your Bible a little bit and still not be real serious in your walk with God.

You know, I love doing things for my kids and I will always do things for my kids but I'll tell you, I reached a point where I just thought, "I'd like you to do something for me". Now, all my kids are great and they do a lot of stuff for us but it's just the truth.

You know, that baby stage of Christianity is all about me, me, me, me, me. What can you do for me? But maturity begins to see that it has a responsibility and it begins to want to know what it can do then for the one who's helped them so much.

So the Bible says that we have emotions, we have thoughts, we have a will, and what God's desire is for us is that we use our will to choose his will. He's not gonna make us do what's right. He's given us free choice because He doesn't want robots who have no choice but to serve Him. He wants us to come to the point where we can even say, "You know, God, this is what I want but if it's not what You want, then please don't give it to me". Has anybody started praying like that yet? Okay, that's the wise way to pray.

And we also grow to the point where, even though we have our own thoughts and we have our own feelings, we know that we can't be led and guided by that if they don't agree with the Word of God.

And because emotions are so prevalent, I read and study in that area a fair amount, and I recently have been reading a book by a gentleman who's probably gone home to be with the lord 100 years ago but I love the fact that the word never gets old.

Matter of fact, a lot of the most important things I've learned, I've learned from people that left the planet years and years and years ago. So that's one of the reasons why I wanted to write so many books and leave that legacy and that heritage to people that will come after me because I know that the things that I'm teaching now will be just as valuable 100 years from now as they are right now.

So because our feelings seem to be so affected by so many different things, I think it would be just a good little study class to take a week and just maybe pay a little bit of attention to when they're up and when they're down and what seems to be causing both.