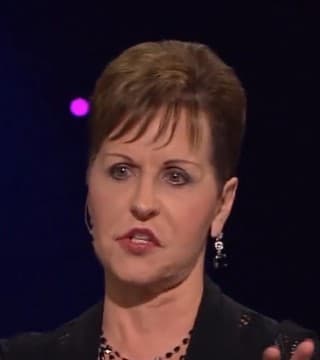 The Israelites came out of bondage in Egypt. They were slaves in Egypt. It's equivalent to being a slave to sin. God sent them a deliverer, Moses. He has sent us a deliverer, Jesus Christ, and we have come out of slavery to sin. They came out of slavery to pharaoh, and they headed for a place called the Promised Land. We come out of the bondage to sin and we hear all about the promises of God, and we start learning how to appropriate them in our life.

Well, the Israelites had to go through a place that the Bible calls the wilderness. It was an 11-day journey as the crow flies, straight across that wilderness. However, it took them long, miserable, painful years before some of them ever finally entered. Most of them did not, by the way. Of the several million people that came out, about a million and a half, I think, with children, very few entered the Promised Land.

Joshua, Caleb, and some of the children that were not at the age of accountability when God finally got fed up with 'em enough to say, "You're not gonna enter the Promised Land."

So they thought their enemies were the problem. It was the ishmaelites and the Hivites and Jebusites and the Canaanites, and we all have our own brand of -ites. It may be the bad husband-ites, the grouchy neighbor-ites, the sickness-ites, the poverty-ites, the bad past-ites, but we've all got our own -ites, and we think that they are our problem.

The devil-ites, "It's the devil. If he would leave me alone," if this, if that, if something else. But as I began this study many, many, many years ago and searched this out more deeply, I realized that very clearly from Scripture we can learn that it was not their enemies that was their problem, because, you see, God was on their side, and, "If God be for us, who can be against us?" There's nothing in this world that can defeat us if God is for us. And God was on their side.

There's a great example of this found in Romans chapter 6. In Romans chapter 6, verse 2, Paul said, "How can you live in sin when you're dead to sin?" The Bible tells us that when Christ died, we died in Him, that He took sin to the cross and that we are dead to sin and alive to righteousness.

You know what that means? There's a part of you, the born-again part of you, does not want anything to do with sin. It's dead to sin. That's why now, when you sin, it bothers you. Before you were born again, didn't bother you. You didn't care. You loved it. You enjoyed it, but once you get born again, now you have a new set of problems, because you cannot comfortably sin anymore. It makes you miserable.

So there's a part of you that doesn't want to sin. However, you're still carrying around the flesh, an unrenewed mind, wild, out of control emotions, and a stubborn will that has to be worked on by God and the Holy Spirit.

He doesn't want to just live in this little place in the spirit. He wants to get out into your mind, into your emotions, into your will, into your finances, into your relationships, into your entertainment, and He wants to finally be seen through you as a bright, shining light, so the world can say, "That person's got something that I want." Come on, somebody give God praise.

Believe that you're dead to sin. So we'll say, "I'm dead to sin," and sing songs about being free in Christ, but then we're afraid of sin. We say we're addicted, we're this, we're that. "I can't get over this. This is too hard. I can't overcome that," so we stay trapped in that wilderness area.

We have to begin to think like God thinks and say what God says, and that's gonna help us fast-track through the wilderness and begin to live in the promises of God.