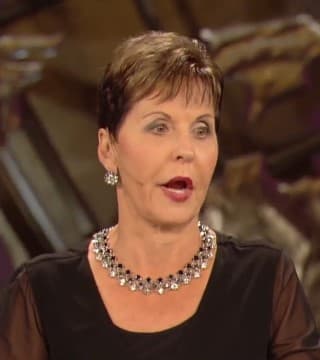 And so, for the next two sessions, we're gonna try to take this thing apart and get to the bottom of what's going on, find out what the roots of the bad fruit is, and let God help us get 'em out, amen? And last night I taught on the inner life, and so I was talking about how we can be one thing on the inside and something completely different on the inside.

Some people are angry and don't even know that's what's wrong with 'em. And I think there's a lot of people that have substance abuse problems, all kinds of different problems, and really the root of the problem is that somewhere way down deep inside, they're angry at God because their life hasn't turned out right, they're angry at somebody else who hurt them or disappointed them, or they may even be angry at themselves for something they did or didn't do.

I'm gonna tell you a little bit about my family tonight and my mom in particular. She ended up with a lifetime of mental illness, and I know it was rooted in anger that she had toward herself and guilt that she felt because she did not do anything about what my father was doing to me. She was afraid of him, she let him do it, her excuse was fear.

But you know what? Even when we make excuses that sound good, if we know we should be doing something and we're not doing it, we're gonna end up feeling guilty that we didn't do it at a certain time.

How many of you are with me and you understand what I'm saying tonight? So, this is gonna be like a little free lesson in psychology tonight. Tonight, you're gonna be on Joyce's couch and we're gonna get a little free hour of counseling here that would cost you about $125 if you went out somewhere else, so I hope you gave that kind of an offering, 'cause that would be cool. All right.

Anger is one letter away from danger. All you gotta do is add a "D" onto the front of it, which we could say represents the devil, and "Anger" becomes "dAnger". Anger is the condition where the tongue works faster than the mind.

Benjamin Franklin said, "Whatever's begun in anger ends in shame". He also said, "Anger is never without a reason, but it seldom has a good one".

A lady once came to Billy Sunday and tried to rationalize her angry outbursts. "There's nothing wrong with losing my temper," she said. "I blow up and then it's just all over". He said, "So does a shotgun, and look at the damage it leaves behind". Which I thought was pretty good.

When Abraham Lincoln had to write a letter to someone who had irritated him, he would often write two letters. The first letter was deliberately insulting. Then, having gotten those feelings out of his system, he would tear it up and write a second letter, one that was tactful, and discrete, and godly.

And I thought about that, and I thought, "You know what? If you read the Psalms, you'll see that David, he vented his feelings". He was very honest with God about how he felt if he was angry, if he was hurting, if he was confused, if he felt like God had left him, if he didn't understand what was going on. He didn't hold back his feelings. He expressed those feelings, but to the right person.

And I think that many people, if they would really talk things out with God, they would get rid of them and they wouldn't be a problem for them the rest of their life. And so, we wanna look at just a whole lot of different things, and I hope it becomes helpful to you and it's something that you enjoy.

I'm not putting it down, but you don't have to go to somebody to tell you how to handle your anger. It's all very clear, right here in the book. And the good thing about going to God is he'll give you the help that you need to actually pull it off and do it.

Go somewhere else, you might just get instructions, but no help. God wants to help you. So, there's not enough anger management counselors to cover all the people who want to get into these classes.

"Newsweek" said these people are coming out in droves asking for help. Now, you know, there's a lot of reason for all this anger, and we're gonna discuss it a lot over the weekend. One of the reasons why people are angry today is just all the stress that they're under.

See, you're not happy about that. Help me, Jesus. You see, in order to be free from anything, we have to face truth. And blaming and making excuses never helps us change anything.

So, let me say to you what God said to me. If you don't like your schedule, you made it, you're the one that can change it. See, we think that all these things are forced on us, and then we get mad at all these people that we think are forcing us to do all these things, and really the truth is nothing is stopping us from saying NO. Now, just already I've said enough to change your life if that's what you need.

Well, what keeps us from saying NO? We don't want people to be mad at us. And you know what? People that you have to let control you to keep their friendship is somebody that you're gonna lose and they're gonna disappoint you eventually anyway.

I like this. In discussing anger, Dallas Willard, who's a very godly philosophy and professor, offers a telling definition. He says that anger is a feeling that seizes us in our body. How many of you can feel it when it gets ahold of you? You know, I always say it starts down here somewhere and you gotta get it before it gets to your mouth.

It's a feeling that seizes us in our body and immediately impels us toward interfering with and possibly even harming those who have thwarted our will and interfered with our life.

Now, listen to this. Anger, Willard notes, is frequently used to make other people around us change their course of action. In so doing, it controls their will, which only results in anger on their part. So, my anger feeds off your anger, and here we go 'round and around, and there's never an end to it. Amen.