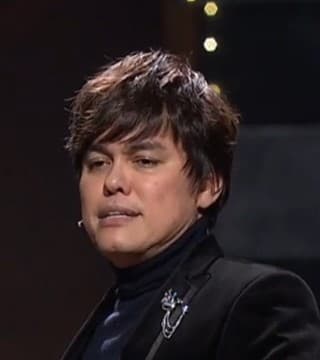 I wanna share with you a story that goes all the way back to Bethlehem in Israel. Let's talk about the first coming of Christ, when he came as a baby. He came to bring us grace. Say grace. Grace is something that the world cannot understand. They think that Christianity is a religion. You know, you do certain things, you do certain worship, then you reach God. It's like you go up the stairs, you know, you do penance, you do certain things, then one day you come to place where God accepts you. Nothing could be further from the truth. God came down to where we were.

And some people have a problem thinking that, how can you say that Jesus is a man, but you call him... he's also God? No, the problem is not that you think that Jesus is a man who calls himself God. The thing is this, he's the God who became man. The Bible says that when he was born, his name was called Emmanuel, amen. The prophecy of Isaiah, one of his name is Emmanuel which means God is with us, amen? In Luke 2, the Bible tells us, "She brought forth her firstborn Son, and wrapped Him in swaddling cloths, and laid Him in a manger, because there was no room for them in the inn".

So, when God pronounced the name Yeshua, Jesus, he will save. We don't need another law. The law cannot save us. How many of you have kept the Ten Commandments, not outwardly, inwardly as well? Amen. How many of you not committed adultery? Maybe you say, "I've never committed adultery, pastor". But in your mind, in your heart, have you ever lusted? The Lord Jesus says if you have lusted, you have committed adultery, amen. We put sin outside. The Lord puts sin inside. All of us have sinned. And that way, you know, all of us, we need a Savior, amen? Come on. After Adam and Eve sinned against God, Adam became mortal, all right, so did Eve. They live hundreds of years, but their body was decaying.

Then the blood of the lamb is killed in your place. That's what Abel did. Abel acknowledged he's a sinner in need of forgiveness, amen, therefore the blood was there before God. And the Bible says, "Without the shedding of blood, there is no forgiveness of sins". Blood means there is judgment already, amen. But Cain, his brother, brought the produce of his efforts. Man is so boastful. Man is so proud. They always boast about their own efforts, their own achievement, amen. So, he didn't bring blood, amen, he brought his own salad dressing to God and God rejected him. The moment God accepted Abel and rejected Cain, the devil thought that the woman's seed was Abel.

So, the devil instigated Cain to kill Abel, because he's the woman's seed. That's what he thought, amen? Was he the one? Of course, he's not the one. Then God said something very profound to Cain. "The voice of your brother's blood cries out to me from the ground". Blood has a voice. The first thing you need to know, by the way, that's the first occurrence of the word blood in the Bible, and first occurrence always has something important. The first thing about blood is that it has a voice. It's a voice that God understands. God ordained blood.

His blood cries out for reconciliation for the sinner to a holy God. His voice cries out for restoration, amen? His blood speaks better things. But if Jesus... now you must understand one thing, if God withheld his Son, listen carefully, if God withheld his son, then there'll be no blood shedding for us. All the blood of lambs and goats cover or the bullock even, cover sins for only one year. It's like cover sins for one year, one year, one year, one year. But the blood of Jesus removes sins for all eternity. The Bible says that we are not redeemed in 1 Peter 1.

1 Peter 1 says that, "You know that God paid a ransom to save you from the empty life you inherited from your ancestors. And the ransom he paid was not mere gold or silver. It was the precious blood of Christ". Christos, the anointed one, Messiah in Hebrew. "It was the precious blood of Christ, the sinless, spotless Lamb of God". So, the necessity of blood to cover our sins, Leviticus 17, verse 11 tells us, "The life of the flesh is in the blood". By the way, look at verse 14. Drop down real quick. The life of all flesh is the blood. Its blood sustains its life.

John 19, look up here. John 19, "Now Pilate wrote a title and put it on the cross. And the writing was: JESUS OF NAZARETH, THE KING OF THE JEWS". So, this Roman governor, he put this superscription, every criminal that dies on the cross, he crucifies, thief, a robber, murderer, or whatever, rebel against Rome, whatever it is. Jesus's accusation, Jesus of Nazareth, the king of Jews, right? Then many of the Jews read this title for the place where Jesus was crucified was near the city, Jerusalem. And it was written in Hebrew, Greek, and Latin. "Therefore the chief priests of the Jews said to Pilate, 'Do not write, 'The King of the Jews,' but, 'He said, 'I am the King of the Jews.' Pilate answered, 'What I have written, I have written'".

Now, I'll tell you something, for years I read this and I'm wondering, what is going on? Why did the priest who rejected the Lord, why would they... and they were corrupted. They were trying to preserve their place. They were getting money from people. They didn't like the fact that the Lord made God so accessible to people. They wanted to be the middleman, amen. "You come through me and I'll tell you whether you can or not. And don't forget, your tithes go through me".

So, they didn't like the fact that Jesus brought God out where the common people were, cleansed the lepers, healed the sick, unstopped deaf ears, raised the dead, cast out demons, hallelujah. So, they said to Pilate, "Change it, change it". Why do they say that, why? Because Jesus of Nazareth, king of the Jews in Hebrew. It was written in three languages, in Hebrew, Greek, and Latin. If you look up here, all right, you see the superscription in three languages, Hebrew on top. You have Greek, you have Latin, okay?

You know what this spells to the Hebrew people, yud hei vav hei? The Lord. This is Yahweh. The Jews will pronounce it as Adonai because they are concerned about taking the name of the Lord in vain. But his name is Yahweh, right? Yud hei vav hei. And first yud, the word yud is the hand. It's an open hand. Hei is a window. I asked one time in Israel I asked them, what is hei a picture of? It's just a picture of you look into something. They do not know because God destined for them to see Jesus.

In other words, see the hand. Look at the hand. Hei is also number five, number of grace. The fifth time Ruth's name was mentioned it says, "Ruth found favor". The fifth time Noah's name was mentioned it says, "Noah found grace". It's the number of grace, number five. All right, so you can say and vav, what is vav, the third letter, the long letter? It's a nail or a peg, a nail or a peg. Then you have hei also a window or grace. You can say look at the hand, look at the nail, or you can say hand of grace nailed in grace. Look at this, this is a picture of Yahweh. This is what God destined, amen? Hand of grace, open vav the nail in grace.

You know, in Luke 1, Luke 2, Luke 3, God mentions seven people. For example, he says seven people here, right? Tiberius Caesar, Pontius Pilate, Herod, Philip, Lysanias, Annas, Caiaphas who were high priests, seven people of the world. And seven of God's people in the previous chapter, let me put them together. The previous chapter says, Zacharias, Elizabeth, parents of John the Baptist, Mary, Joseph, Simeon who came to the temple when Jesus was dedicated, Anna who came also to the temple. John the Baptist, also seven.

So, in chapter 1, chapter 2, chapter 3 of Luke, you have seven people of God and seven people of the world on the right side. Let me tell you what God thinks, okay? You know, all the famous Tiberias Caesar is the emperor of Rome at that time. Pontius Pilate is the governor of Israel, Judea at that time. Herod, you know, is King Herod who is an Edomite, not even a Jewish king of Israel at that time. He was jealous when he heard, where is he born the king of the Jews? Philip, the tetrarch, the brother of Herod, Lysanias also a tetrarch, Annas and Caiaphas are high priests, half past six high priests. They are corrupted high priests, amen?

Let me show you this, these seven that the world thinks the world of, emperor of Rome, governor, high priest, God only gave 1 1/2 verses to them. Seven of God's people that the world ignore, God gave Zacharias, Elizabeth, all the way to John the Baptist, 132 verses in the gospel of Luke. What am I saying? In God's economy of things, if you love his Son, if you follow his Son, amen, you appreciate his Son, God appreciates you. In the world, we judge by wealth and name and all that, to God 1 1/2 verse given to them, that's it. You saw the 1 1/2 verse, right? Just now? Just 1 1/2 verse, that's it. See, God's priority.

Yesterday I was sharing with Patrick about some of the pictures and all that and Patrick, my artist, he has this revelation. All right, he says that he saw this when baby Jesus was stretching his hands to his mother, and look at this picture here that he did, at the back is the cross. The mother thinks she's embracing him, but actually, she's embracing the mother through the cross because even Mary needs to be cleansed by the blood of Jesus, amen? Okay, look up here. Is that cool? That's the revelation that came to Patrick.

Now, what's the last thing the world gave him? What's the last thing the world gave him at the cross? Sour wine. When Jesus had received the sour wine he said kulah, finished. And bowing his head, he gave up his Spirit. What is finished? He fulfilled the law. Man cannot keep the law. He fulfilled the law. He bore as our sin, it's like our put our hands on him, we trust him, all our sins transferred to him and he bore the judgment of God. Then he shouted. One stroke of the broken law, one curse after another fell upon him, stroke after stroke after stroke, until every stroke was exhausted in the person of Christ and he shouted finished, kulah in Hebrew, finished. There's no more judgment from God for you. Don't you love him? He's wonderful, amen?

Okay, in closing, because we got so many friends who have come with us today, I want you to sit back and see a panoramic story, just a short video, and I believe it's gonna bless you. Okay, this is what happened 2,000 years ago. I'm gonna show you what happened. You saw the movie "The Passion", but you saw outwardly. I'm gonna show you what happened according to the Bible spiritually, amen? And people, let's all read this verse out loud in Romans 5. Romans 5, let's all together read. "Much more then having now been justified by his blood we shall be saved from wrath through him". Watch.