Derek Prince - These Kinds of Christians Are Candidates for Deception 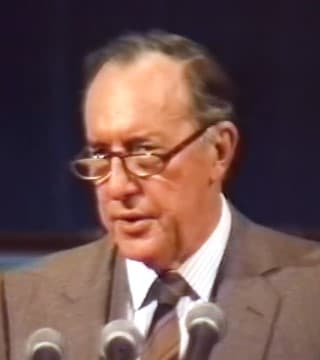 This is an excerpt from: Take Heed That You Are Not Deceived
Many, many people are being tricked into the occult today. I have to say that there is a type of what I call charismatic fortune-telling, which I regard with great suspicion. Sometimes it will be true and sometimes it won’t. But, you see, people who get the desire to get a word from God from a prophet are in dangerous ground. Not that it couldn’t happen, but to have that desire is to expose yourself to a lot of risks.

I want to give you now just a list of some people who are candidates for deception. And as I go through this list, I invite you to check with yourself. It’s not a complete list, but at least it gives you some idea. Here they are, candidates for deception: Those who rely only on subjective impressions. "Well, when that brother prophesied over me, I felt so good. I know that must have been from God". You don’t know. And it’s very dangerous to assume you do. There are a lot of other tests you have to apply. Second are those who look only to human leaders. If a certain man says it, they believe it. That’s very dangerous. There are no infallible human leaders, and I’m not one! I don’t want people believing it because I say it. I think those of you who know me, I’m always careful to direct people to Scripture, and not to my subjective impressions.

Third category, those who accept supernatural signs as a guarantee of truth. Jesus Himself said that false prophets will arise and show great signs and wonders, but they’re false prophets. So the mere fact that something supernatural takes place is not by itself a sufficient guarantee that the person who produces it is a true prophet.

The next category are those who through personal ambition are susceptible to flattery. Because you know what I said about flattery. "The one who flatters his neighbor with his mouth spreads a net for his feet". Not being preachers, most of you, you don’t know how preachers like to be appreciated. And that’s reasonable; that’s perfectly fair. But the problem is that sometimes we look for appreciation in the wrong place and by desiring to be appreciated we get ourselves hooked on something we shouldn’t be involved in. The next category are those who are unwilling to face the possibility of suffering or persecution. Sooner or later they are bound to be deceived because the Bible warns us so clearly we must expect to face suffering and persecution.

Peter says in his first epistle, chapter 4, verses 1 and 2: [Because] Christ suffered in the flesh, arm yourselves with the same mind. In other words, be prepared for suffering. My comment on that is that a large number of God’s people today are being sent out unarmed. They haven’t seen this fact that suffering happens. It’s part of the Christian life. It’s part of God’s way of dealing with us. And anybody who only promises good, I can say without qualification, is a false prophet. And then, finally, those who are ignorant of Scripture. Now, there are people in remote countries or persecuted situations where they don’t have a Bible, they just have a word. God will be merciful to them. But for you and me who have the whole Bible easily available, if we don’t study our Bibles we are candidates for deception. We deserve to be deceived.

Let me give you that list again without comment:
1. Those who rely on subjective impressions.
2. Those who look only to human leaders.
3. Those who accept supernatural signs as a guarantee of truth.
4. Those who through personal ambition are susceptible to flattery.
5. Those who are unwilling to face the possibility of suffering and persecution.
6. Those who are ignorant of Scripture.